Who Benefited Most From the Airline Bailout Packages? 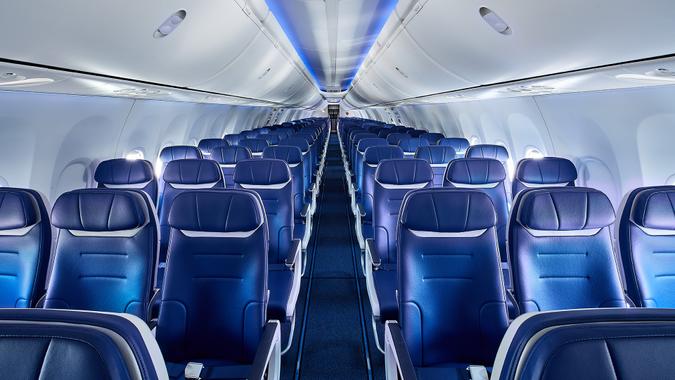 Since the start of the COVID-19 pandemic, U.S.-based airlines have received over $50 billion in support from the federal government. Did the money go to keep employees with their carriers, or to boost executive paychecks? A new analysis published in The New York Times suggests airline investors and leadership benefited more than the frontline workers.

See: Dow Sets Another Record High — Consumer and Airline Stocks Making Waves
Find: The 10 Industries That Have Been Impacted the Most by COVID-19

Government Paid Over $300,000 per Airline Worker to Airlines

The bailout money — in the form of Payroll Support Program funds and government-guaranteed loans — is credited for keeping 75,000 aviation workers employed during the pandemic months. However, the government paid a significant premium for each employee. According to the Times’ data, the air carriers received over $300,000 per employee. On average, the ERI Economic Research Institute estimates customer service agents can make $47,906 on average every year, while flight attendants bring home a median wage of around $68,000.

The data suggests that the rest of the money prevented airlines from filing bankruptcy and ultimately boosted share prices, which benefits sharesholders, the Times noted. With airline stocks trading at a nearly 200% premium from the lowest point in the pandemic, key executives may have recovered their value in their companies.

Airline leadership compensation packages usually consist of a salary along with stock options, incentivizing a positive performance. In previous years, airlines would keep share prices high by buying back stocks. While that boosted the bottom line, it drained companies of reserves, making this pandemic particularly difficult for the aviation industry.

Moreover, the same bailouts were not offered to other travel-dependent industries, including hospitality and restaurants. The analysis suggests that the packages “socialized the airline industry’s losses and largely privatized the gains,”  the Times said.

Although aviation’s top executives still stand to do well once the pandemic ends, the government has put significant restrictions on their potential gains. In addition to salaries being frozen, airlines are not allowed to buy back their own shares, nor are they allowed to pay dividends or other capital distributions on shares until Oct. 1, 2021, according to a Congressional Research Service “Insight” report.