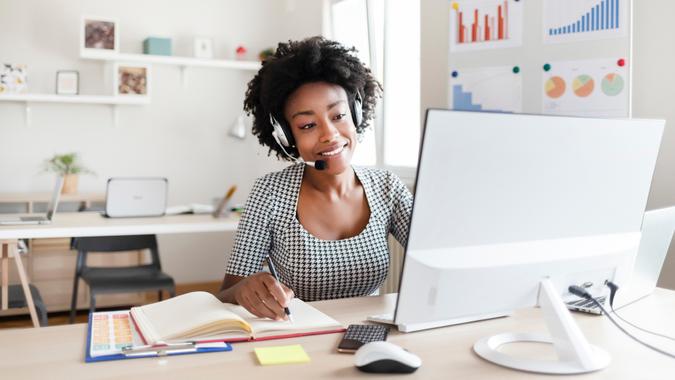 While 2022 was set to be the “great return,” the fast-spreading Omicron variant is now forcing companies from Silicon Valley to Wall Street to postpone their in-office returns.

Companies including Lyft, Ford Motor, Uber Technologies and Alphabet are all delaying their plans.

Apple said it is delaying its corporate return-to-office deadline from Feb. 1 to a “date yet to be determined,” according to Bloomberg.

CEO Tim Cook sent an email to employees, in which he cited  “rising cases in many parts of the world and the emergence of a new strain of the virus.” Cook also strongly encouraged employees to receive vaccinations and booster shots, saying “this is by far the best way to keep you and your community safe,” according to Bloomberg.

Bloomberg reports that in the memo, Cook also said the Cupertino, California-based company will provide each employee a $1,000 bonus that may be used for work-from-home needs, saying it’s “in support of our commitment to a more flexible environment.”

“These funds are intended to help you with your home workspace and can be used as you see fit. You will be receiving more information about this shortly,” he said.

Morgan Stanley’s CEO James Gorman said his projection about the pandemic subsiding was off.

“I thought we would have been out of it past Labor Day, and we’re not,” Gorman said on CNBC, according to The New York Times.

See: Executives Are 3x More Likely To Want To Return To the Office Than Other Employees — Why the Disconnect?
Find: Amazon Will Let Managers Decide When Employees Return to Office After Jassy Says the Company Needs to Treat Employees Better