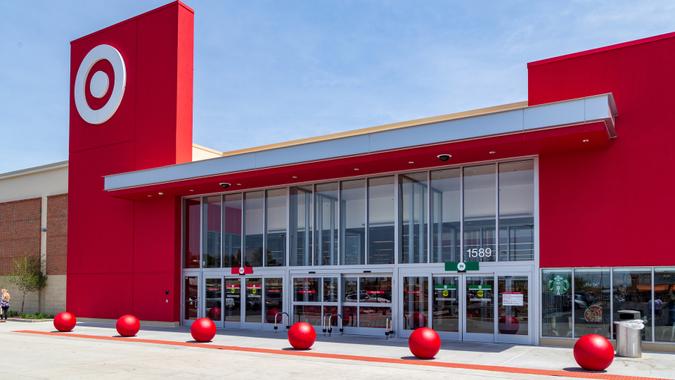 To compete in today’s tight labor market and support hourly wage workers, retail giant Target announced it is raising some wages up to $24 an hour. Target’s hourly wages start at $15 an hour, but the company said it will now pay some workers, including those in stores, supply chain facilities and headquarters, as much as $24 an hour.

See: Here’s What the US Minimum Wage Was the Year You Were Born
Find: $15 Minimum Wage for Federal Workers Officially Begins

Target led the way in 2017 by announcing a starting wage of $15 an hour. Incremental increases brought starting wages to that goal in 2020. Now, workers’ hourly wages will range from $15 to $24.

Target’s minimum wage is already higher than that offered by big-box competitor Walmart, which pays $12/hour as a starting rate. Some Walmart workers receive up to $17 an hour, TheStreet.com reports. Retail competitor Amazon recently raised its minimum wage to $18 an hour.

Sadly, though, these changes aren’t keeping pace with inflation, according to an article in Quartz. In January, the U.S. Consumer Price Index rose by 7.5%, while average pay for retail workers jumped by 7.1%. That’s an average, though, which sits at $19.24 an hour, according to Quartz. Meanwhile, gas prices have risen by 30% year-over-year, in part due to the crisis in Ukraine.

“Inflation is definitely blocking some of the gains that would otherwise accrue to workers stemming from today’s pretty hot labor market, and that definitely includes any raise Target is giving,” Josh Bivens, an economist at Economic Policy Institute, told Quartz.

But Target is also taking other steps to recruit workers and promote equity in the workplace. The company dropped the minimum average number of hours required for an employee to qualify for health benefits from 30 to 25. As a result, roughly 20% of Target’s 350,000+ workforce are newly eligible for benefits, Quartz reported.

In addition, Target announced it is reducing enrollment waiting periods for eligible hourly team members to enroll in the target medical plan. These members can gain access to health care benefits anywhere from three to nine months sooner than they would have in the past.

Target is also offering enhanced benefits that include free virtual physical therapy, enhanced fertility benefits, and other “wellness offerings,” according to a press release issued by the retailer.

The company has already been offering virtual doctor visits for all team members, online mental health counseling and online resources to support emotional and physical well-being, the release stated.

Team members may also start 401(k) retirement savings plans sooner than they could in the past.

With these enhancements, Target will invest up to $300 million more for its team through 2022, according to the release. These investments are on top of other changes Target has made in the past five years to better respond to employee needs. Some of the other, day-to-day changes include access to more stable schedules, one-on-one meetings with team leaders to help accommodate desired hours, and a debt-free education assistance program that offers workers access to more than 40 schools and 250+ business-aligned programs.

See: Target, Amazon and 4 More Retailers That Will Reward You for Turning In Your Old Stuff
Find: 10 Things You Should Always (or Never) Buy at Target