Gen Z Social Media App Is Set To Quadruple Its Valuation: What You Need To Know About BeReal 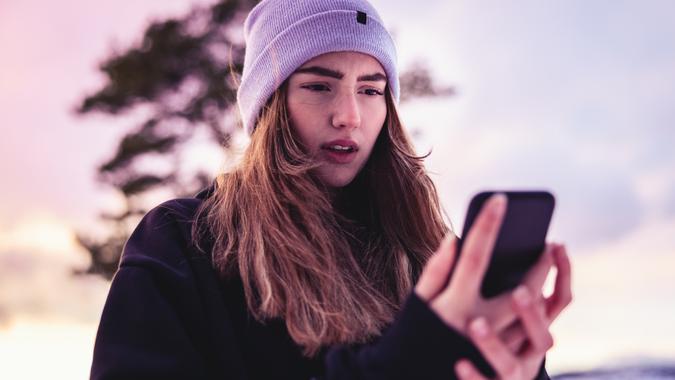 BeReal is a French startup that launched in 2020 and is considered part of the new generation of social media. While the app didn’t gain much traction in the beginning, it’s now ranking No.1 in Social Networking on the App Store — and for good reason.

BeReal has been downloaded almost 28 million times, with the majority of those downloads happening in the past year. According to Apptopia, BeReal monthly active users have skyrocketed from 921,000 in July 2020 to 21.6 million in July 2021 to a whopping 73.5 million this past August.

BeReal’s latest funding round, a Series B round that took place in May, was anticipated to raise its value to $630 million, quadrupling its previous valuation of $150 million, according to Insider sources. Here’s what you need to know about BeReal, which has been hailed as Gen Z’s new favorite social media app.

How Does BeReal Work?

BeReal touts itself as a way to help people be themselves — in other words, be real. It states that it’s a “new and unique way to discover who your friends really are in their daily life.” This is a stark departure from the carefully curated feeds or silly, filter-heavy snaps found on other social media apps, like Instagram and Snapchat.

The way BeReal works is that every day, at a random time, all users of the app are notified that they have two minutes to take and share their photos. These photos aren’t the typical selfies, however. Instead, the app is unique in that it utilizes both the front and back cameras of your phone to snap photos of both you and your location.

If the photos didn’t quite turn out right, you can retake the pictures as long as you’re within the two-minute timeframe.

Once you post your photos, you’ll also be able to view your friends’ photos — an unfiltered view of what they look like and where they are — and react to them with RealMojis. RealMojis are pictures you take of yourself making a face like the specific emoji you want to emulate.

Of course, you don’t have to take your photos within the two-minute countdown; you can take them later. But in that case you won’t be able to see your friends’ photos until you do and your photos will be labeled “X-hr late,” indicating that you didn’t use the app as intended.

How Does BeReal Make Money?

“Like Facebook in 2007-2009, BeReal is all about accumulating users. Once it has a massive user base, it will possibly update the terms and conditions (a la Facebook) so it can sell user data to major corporations and feature targeted ads.”

Why Are Investors Excited About BeReal?

“The cringe factor is far lower with BeReal than with rivals such as Instagram and Facebook, where people curate their best lives, or the platforms have been accused of deception and promoting body dysmorphia in young girls,” said Britton. “Just like Calvin Klein using ‘plus-sized’ models, BeReal is a step towards a more genuine and accepting culture. For some investors, it is not just all about the money, it is also important to have a conscience and invest responsibly.”

When it comes to the money, though, investors have reason to be excited. According to The Information, BeReal at a valuation of $600 million would equal $100 per daily active user. That’s less than the $149 each daily active user of Facebook, Instagram, WhatsApp or Messenger is worth, but it’s more than twice than what users of Snapchat and Pinterest are worth, according to The Information’s analysis.

But even with all the buzz around how much the app has gained traction with millions of users and how much each of those users are potentially worth, how BeReal will make money is a mystery at this point. According to Gen Z research firm dcdx, ads wouldn’t really work well for the app because of the way it’s designed.

The research firm states, “We expect numbers to average around 1.3-1.5 pickups per day for an average time spent of ~5 min per day. Compared to Instagram, Snap or YouTube, those numbers don’t stand a chance to bring in the kind of advertising revenue necessary to build the next big social.”

Will BeReal Stick Around?

According to dcdx, BeReal will make it only if they can figure out how to make money. “Monetizing the product is first reliant on a product that actually works,” said dcdx.

“One of the most frequently noted complaints about BeReal is that it legitimately does not work. Seriously — almost never can users actually upload their photos on time. So it seems pretty powerful that people continue to use it in such high numbers despite this major issue,” the firm added.

Dcdx went on to state that it checked BeReal’s careers page and it is currently focusing its hiring efforts on development, which likely means it’s working hard to get the issues corrected and the app running as smoothly as possible. Only time will tell if this antithesis of the most popular social media apps will survive.