More Than 40 Percent of Caregivers Might Be Forced to Quit Jobs Instead of Returning to the Office, Study Finds 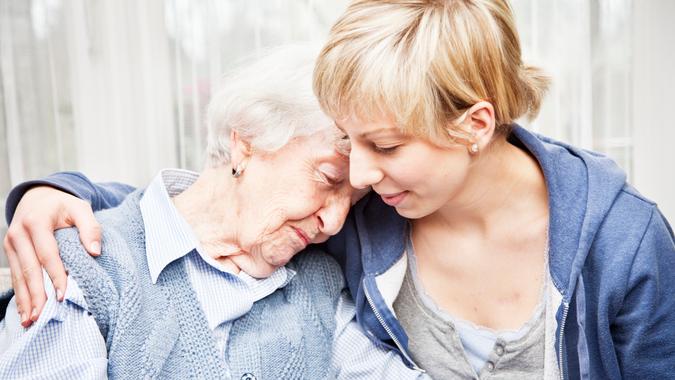 About four in 10 family caregivers in the United States might be forced to choose between work and their caregiving responsibilities in the coming year if school schedules and professional childcare don’t return to pre-COVID norms, according to a new study from Fidelity Investments.

The study, which includes new data from Fidelity’s earlier “American Caregivers” report, found that roughly two-thirds of all caregivers still claim they are prepared to take on various caregiving challenges. But nearly half also say they couldn’t handle another year like the last one, and 42% of those caring for children say they’ll “fall apart” if childcare doesn’t return to normal soon.

Respondents who have been working from home while also handling caregiving duties have mixed feelings about returning to in-person work, with 36% saying they look forward to returning to the worksite, but nearly one-quarter admitting that they dread it because of the additional stress.

Women have been especially impacted by having to juggle work and caregiving duties, said Stacey Watson, senior vice president of Life Event Planning at Fidelity Investments

“Caregiving has become increasingly complex over the last few years, placing an uneven weight on many women, who all too often shoulder the brunt of family caregiving duties,” Watson said in a press release. “While close to two-thirds of caregivers say the emotional toll is their heaviest burden, this may be because so many Americans are doing their best to juggle both caregiving and work. For some, handling both may be becoming too much.”

More than one in 5 U.S. adults, or 53 about million Americans, are unpaid caregivers, CNBC reported, citing a report from the National Alliance for Caregiving and AARP. About 61% of them are women.

Those who might have to leave the workforce to devote all their time to caregiving will face the added financial stress that comes with leaving a regular paycheck behind. As Fidelity pointed out, the “hidden” costs include no longer being able to contribute to employer-sponsored retirement plans and no longer receiving employer contributions to retirement and/or health savings accounts, health care coverage and Social Security credits.

Having to suspend retirement savings and sacrifice healthcare coverage will only compound problems for Americans who are already facing a hard time saving money. As GOBankingRates previously reported, roughly one out of three working Americans have seen a rise in healthcare costs this year, and about half of those chose to decrease their retirement savings to help pay for it, according to a new survey by the Employee Benefit Research Institute (EBRI).

See: COVID-19 Pandemic: One Year Later, Women are Twice As Burnt-Out As Men in the Workplace
Find: How COVID-19 Has Impacted Retirement Savings

Among workers whose healthcare costs have risen this year, about half opted to decrease their contributions to a retirement plan, the EBRI survey found. This is particularly troubling because so many workers in the U.S. don’t have much money saved up elsewhere. According to the EBRI survey, more than half of respondents (54%) said their retirement money is the only significant emergency savings they have.