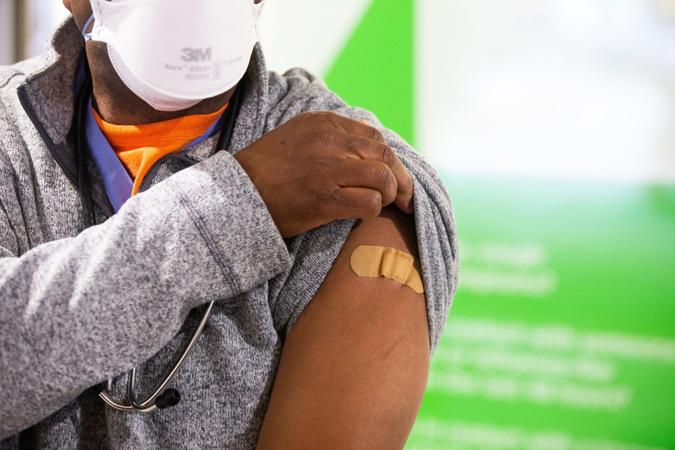 While touring the National Institutes of Health’s Viral Pathogenesis Laboratory, Biden said the vaccine manufacturers will deliver 100 million doses each by the end of July, which will vaccinate 300 million Americans, according to his remarks.

“Just this afternoon, we signed the final contracts for 100 million more Moderna and 100 million more Pfizer vaccines,” Biden said while addressing NIH staff later in the day. He added that the July delivery date was “faster than we expected.”

“And in further good news, both companies agreed — and we’re now contractually obligated — to expedite delivery of the 100 million doses that were promised by the end of June, to deliver them by the end of May. That’s a month faster. That means lives will be saved,” Biden said. Yesterday, Biden also said that the Defense Department “jumped right in like they did with dealing with Ebola before, in Africa,” adding that they would have over 10,000 vaccinators.

See: What Are the Hidden Costs of the COVID-19 Vaccine?
Find: Will Medicare Cover the Coronavirus Vaccine?

The Department of Health and Human Services said in its own statement that each company will leverage U.S.-based manufacturing capacity to fill, finish and ship vials as the bulk material is produced.

“As the President directed, we are expanding our supply of COVID vaccines to protect people as quickly as possible,” acting HHS Secretary Norris Cochran said in the statement. “These purchases will allow us to accelerate our vaccination efforts to get shots into the arms of the American people.”

The department said the companies began manufacturing doses of their vaccines at the same time that clinical trials were getting underway last year. “Beginning the complex process of scaling up to large-scale manufacturing in parallel with clinical trials expedited the traditional vaccine development timeline so that initial doses could begin shipping when the U.S. Food and Drug Administration granted emergency use authorization.”

As of today, there have 470,000 COVID deaths, 68 million vaccine doses delivered, 46.4 million doses administered and 11.2 million Americans having receiving both doses, according to Centers for Disease Control and Prevention data.

Two weeks ago, President Biden described the vaccination plan as a “wartime effort,” and as such, he said he directed his team to be ready to exercise all the authorities he has under the Defense Production Act to address the supply shortages “inherited from the previous administration,” according to the transcript of his remarks of January 30.