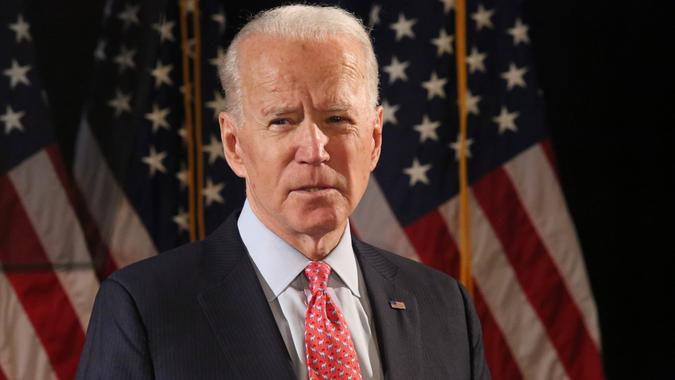 Details about President Joe Biden’s plan to improve the nation’s economy should come into sharper focus this week with the release of the administration’s plans to upgrade the nation’s transportation infrastructure.

See: If You Get a Stimulus Check, What Will You Do With It? Take Our Poll
Find: Biden’s Two-Part $3 Trillion Economic Plan Aims to Improve Infrastructure, Fight Climate Change

According to a transcript of this week’s “Fox News Sunday” program, White House press secretary Jen Psaki said specifics on Biden’s plans to improve the nation’s roads, railways and other physical infrastructure will be unveiled on Wednesday.

The second part of the package, which focuses on reforming healthcare, child care, education and other “social infrastructure” items, is expected to be unveiled in about two weeks.

Biden’s decision to break the package into two parts was not unexpected — The New York Times reported as much a week ago. The president’s economic advisors have been working on a massive $3 trillion plan designed to not just boost the economy, but also reduce carbon emissions and narrow economic inequality.

See: Biden’s Tax Hikes Take on Millionaires Made Richer by COVID-19
Find: A Fourth Stimulus Check Might Be on the Way

The economic plan comes on the heels of the $1.9 trillion stimulus package Biden signed earlier this month. That package mainly focused on giving financial relief to people and businesses hurt by the COVID-19 pandemic.

In contrast, Biden’s economic plan will have a wider sweep, giving the economy a needed boost while also helping the U.S. transition to renewable energy, compete in emerging industries such as electric vehicles, upgrade the nation’s infrastructure, move toward lower carbon emissions and provide greater access to education, healthcare and child care for more Americans.