Biden May Have to Cut $700 Billion from His New Plans, Analysts Say 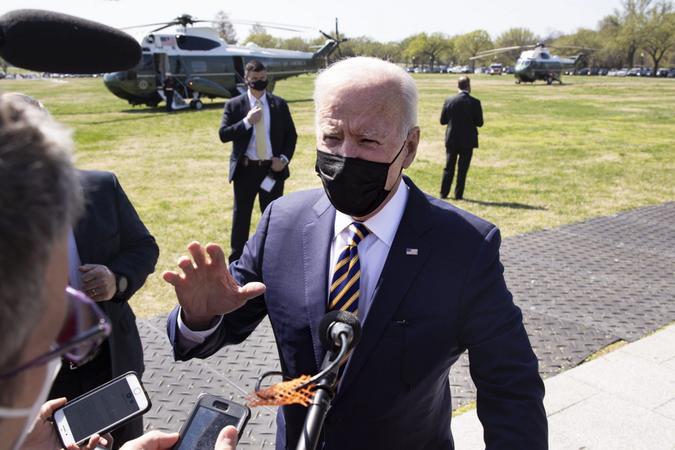 After meeting with Democrat and Republican lawmakers Monday, President Joe Biden said he is “prepared to negotiate” the specifics of his $2 trillion infrastructure plan. Items up for consideration include the size of the bill, how it’s paid for and even the definition of “infrastructure.”

While many Democrats want to include broadband internet access along with electric grid and drinking water system improvements, Republicans define “infrastructure” as related only to transportation, CNBC reports.

Prior to the meeting, Biden emphasized that infrastructure is “not just roads, bridges, highways,” CNBC writes. But Senate Minority Leader Mitch McConnell argued that Democrats are “embarking on a campaign to convince everybody that any government policy whatsoever can be labeled infrastructure.”

Once again, Democrats could use a process known as budget reconciliation to pass the law, but it’s unlikely to move through the House and Senate as seamlessly as the stimulus package did, CNBC writes. Some Democrats are arguing to increase the corporate tax rate from 21% to 25%, instead of Biden’s proposed 28%, and others are requesting the bill do more to combat climate change with green energy initiatives.

Analysts at Goldman Sachs believe Biden may have to cut his proposals down substantially. The American Jobs Plan introduced in late March and focusing on infrastructure, and the impending American Families Plan, which includes spending for education and childcare, total approximately $4 trillion, according to Business Insider. Goldman Sachs analysts said it’s likely the president will have to cut a combined $700 billion from the plans to gain approval.

Analysts predict that the “hard infrastructure,” such as road and federal building updates and clean water initiatives, included in the American Jobs Plan will pass, and the lion’s share of cuts could come from the American Families Plan, Business Insider writes.

Additionally, Goldman Sachs says that the corporate tax hike is likely to be set at 25% rather than 28%, according to Business Insider.