Biden’s New Families Plan: How Will It Actually Affect Your Kids? 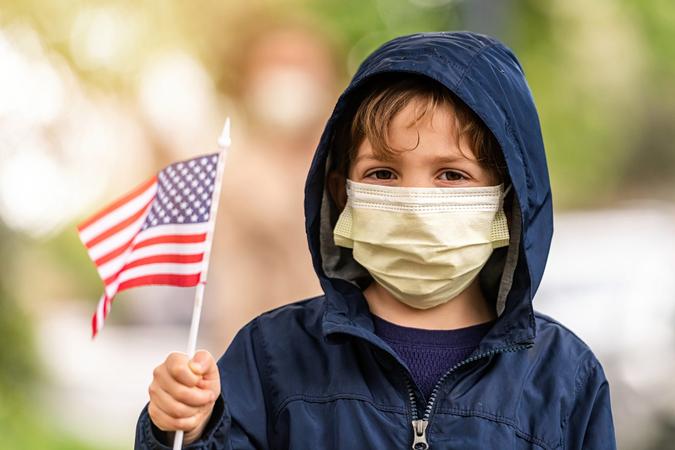 The White House has released more information on Biden’s new proposed benefits in the American Families Plan ahead of his speech this afternoon.

Chief among the proposed benefits in the American Families Plan are making the now-temporary child tax credit permanent. Other primary proposals include money for child care programs, increased budgets for Pell Grants, and access to free pre-school education.

Biden is also pledging $200 billion for free universal preschool for all three- and four-year-olds and $109 billion for two years of free community college for every student. In addition, there’s a call for $80 billion in Pell Grant investments. All employees in participating pre-K programs would earn at least $15 per hour and those with “comparable qualifications will receive compensation commensurate with that of kindergarten teachers.”

Not everyone is a fan of these measures, particularly conservative lawmakers, who are wondering where the money for this plan is supposed to come from. The New York Times’ report this morning also brought up the viewpoints of a professor of education at the University of California, Berkeley, named Bruce Fuller. Long critical of the so-called universal method for education, Fuller prefers “more targeted programs. He questioned whether states would do their part to fund the expansion and said the goal of paying all early childhood workers $15 per hour was too modest to broadly improve the quality and stability of the work force.”

As a result of the stimulus relief package, parents will begin to receive monthly payments starting in July and lasting through December. Then, they will receive a lump sum payment benefit next tax season. The amount currently depends on what age child one has. Currently, and temporarily, this is $3,000 per child for six-years old and above and $3,600 per child for children under six. The American Families Plan that Biden is now proposing would make these changes permanent. It also makes 17 year olds eligible for the first time and would make the credit fully refundable on a permanent basis the White House states. The White House also adds that the expanded tax credit as a result of the stimulus relief package benefitted nearly 66 millions children and “was the single largest contributor to the plan’s historic reductions in child poverty.”

Another major focus will be to permanently increase tax credits for child care needs. Biden is urging Congress to expand the Child and Dependent Care Tax Credit. The expansion would mean families would receive a tax credit for as much as half of their spending on qualified child care for children under the age of 13, up to a total of $4,000 for one child or $8,000 fo two or more children.The White House adds that a 50% reimbursement will be available to families making less than $125,000 a year, while families making between $125,000 and $400,000 would receive a partial credit with benefits unchanged from current values. The credit would be valid for expenses for full-time care, after-school care, summer care and other similar expenses.

More news about this package will be unveiled in the coming days, but if you’ve been wondering whether you’ll get any more relief in the form of another stimulus payment, this new plan appears to be the White House’s attempt to do so.