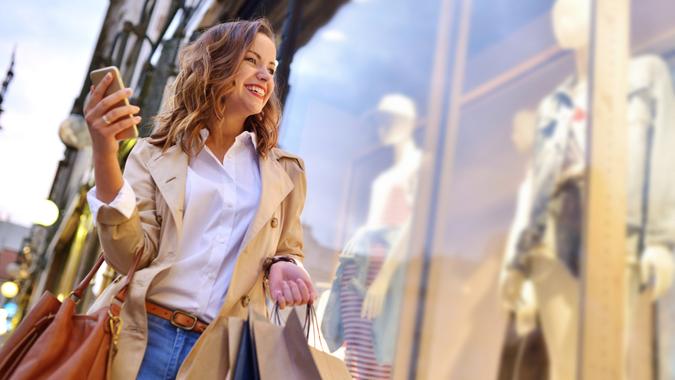 Consumer sentiment is beginning to edge up again after it reached a record low of 59.4 in March 2022, according to the University of Michigan Surveys of Consumers April report. Sentiment in April was at 65.2, still not at January’s level of 67.2, but above February’s level of 62.8, which was measured prior to the Russian attack on Ukraine.

The Survey of Consumers chief economist Richard Curtin attributed the rise to a “sharp drop in gas price expectations” and “an 18.3% jump in personal financial expectations.” The year-ahead outlook for the economy also rose by 21.6%, further contributing to a brighter outlook compared to March, the report said.

Apart from the past two months, the April 2022 numbers were the lowest in the past decade, Curtin said in the announcement.

“The downward slide in confidence represents the impact of uncertainty, which began with the pandemic and was reinforced by cross-currents, including the negative impact of inflation and higher interest rates, and the positive impact of a persistently strong labor market and rising wages,” Curtin said.

Consumers have also lost confidence in economic policies, as the Fed attempts to temper the strong labor market and trim wage gains. Curtin noted that a “soft landing will be more difficult to achieve,” amidst current international uncertainties, supply chain issues, and ongoing conflict in Ukraine.

POLL: What Do You Think of Elon Musk Buying Twitter?
Discover: 10 Kitchen Renovations That Will Hurt Your Home’s Value

“The probability of consumers reaching a tipping point will increasingly depend on prospects for a strong labor market and continued wage gains. The cost of that renewed strength is an accelerating wage-price spiral,” he concluded in the report.