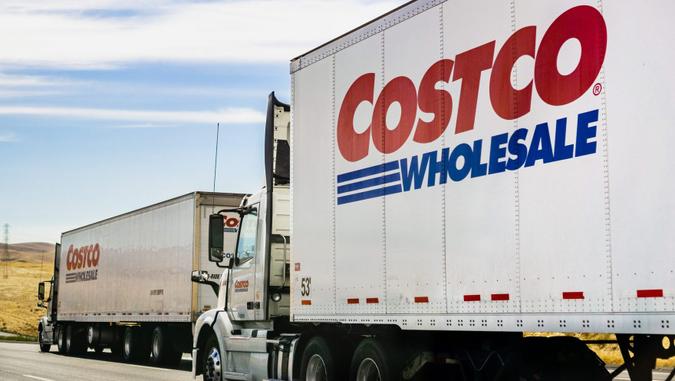 Holiday shoppers who fear a Winter Wonderland of higher prices didn’t get much jolly news last week, as officials from Costco, Nike, FedEx and other major brands warned that continued supply chain problems could lead to even higher inflation as the holidays approach.

See: Fourth Stimulus Checks Are Coming From These States — Is Yours on the List?
Find: Petition for 4th Stimulus of $2,000 Monthly Payments Reaches 2.9 Million Signatures

In a Thursday conference call with analysts, Costco Chief Financial Officer Richard Galanti said freight costs are “permanent inflationary items,” CNBC reported. Those increases — combined with higher labor costs, rising demand for transportation, higher commodity prices and shortages of everything from computer chips to chemicals — could put even more pressure on prices that have already been rising for months.

Galanti expects inflation to run between 3.5% and 4.5% overall for Costco, with some products seeing even higher inflation. Costs for paper products have risen 4% to 8%, Galanti said, while shortages of plastic and pet products have driven their costs up between 5% and 11%.

For consumers, those higher costs will likely mean higher prices.

“Some of that has to be passed on, and it is being passed on,” Galanti said. “We’re pragmatic about it.”

Similar concerns have been raised by a number of other high-profile companies, including Nike, FedEx, UPS and General Mills.

Among the primary drivers of recent inflation are supply chain problems in global manufacturing centers. As previously reported by GOBankingRates, countries such as Vietnam, Malaysia and Indonesia have all suffered a slowdown in production due to the COVID-19 pandemic.

The timing, of course, could hardly be worse, as prices are rising just ahead of the holiday shopping season. This means companies have to make some tough decisions about which products to carry, and how to price them.

“Getting closer to the holidays, we have been working with retailers and what we see is, No. 1, they’ve got to be flexible with their supply chain,” Keith Jelinek, managing director of the global retail practice at consulting firm Berkeley Research Group, told CNBC.

Among other things, he has seen cost increases in apparel, inbound shipping and ground transportation. Those costs all affect operating profits at retailers.

“Retailers right now are really challenged with, ‘How much can I pass onto the consumer vs. can I get other efficiencies out of my operations in order to hit my total margin’,” Jelinek said.

See: 5 Things Most Americans Don’t Know About Social Security
Find: Didn’t Get Your Child Tax Credit? Here’s How to Track It Down

In Nike’s earnings call last week, CFO Matthew Friend mentioned upcoming price increases. FedEx announced that it will raise shipping rates 5.9% for domestic services and 7.9% for other services as it deals with both labor shortages and a “challenging operating environment.”

Meanwhile, UPS CEO Carol Tome told CNBC’s “Closing Bell” that “in certain parts of the country we’ve had to make some market-rate adjustments to react to the demands of the market…I’m afraid this is going to last for a while.”