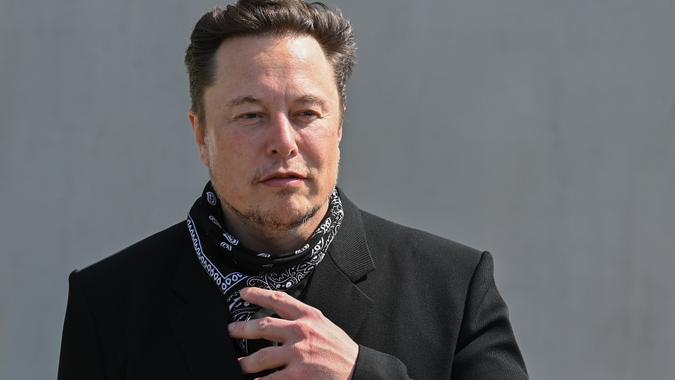 Tesla CEO Elon Musk is the latest person to call for an increase in U.S. oil production, amid increasing pressure on the Biden administration to ban Russian oil as Vladimir Putin’s war against Ukraine escalates.

“Obviously, this would negatively affect Tesla, but sustainable energy solutions simply cannot react instantaneously to make up for Russian oil & gas exports,” he added in a subsequent tweet.

“The world is watching in shock as Russia wages an unprovoked war on Ukraine, killing innocents as it attempts to destroy a fragile democracy. While the Biden administration has taken noteworthy steps to try to convince Vladimir Putin and his regime to stand down, we need an all-encompassing approach that uses every viable tool at our disposal,” Sen. Murkowski said in a joint press release.

“By leaving Russia’s energy exports untouched, the United States is ignoring one of our most potent options to stop the bloodshed. We must ban Russia’s energy imports into the U.S. so that Americans aren’t forced to help finance their growing atrocities and halt the Russian aggression. I’m proud to sponsor this bill with Senator Manchin and urge the Senate to pass it immediately.”

Pain at the Pump: Gas Prices Breach $4 Mark and Continue To Rise
Find Out: How Much You Can Save Annually by Becoming a One-Car Family

Asked what impact a policy decision made to stop importing Russian oil would have on the U.S. economy, White House Press Secretary Jen Psaki said that the administration is “looking at options that we can take right now if we were to cut the U.S. consumption of Russian energy. But what’s really most important is we — that we maintain a steady supply of global energy,” according to the transcript of her press conference March 4.