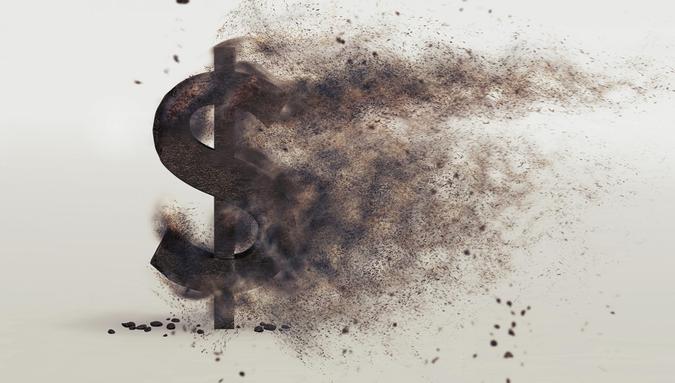 The U.S. could face a financial crisis similar to the one that followed the subprime mortgage meltdown if Congress doesn’t lift the debt ceiling, according to a new report from Moody’s Analytics.

See: The Debt Ceiling Debate: How An Increase Could Affect You
Find: What Income Level Is Considered Middle Class in Your State?

The report — ominously titled “Playing a Dangerous Game With the Debt Limit” and released on Tuesday — urged lawmakers to approve measures that will raise the debt ceiling, which is the amount of money the U.S. Treasury Department can borrow to pay its bills.

Failure to do so would cause the government to default, the report said — something that “would be a catastrophic blow to the nascent economic recovery from the COVID-19 pandemic.” That blow could wipe out $15 trillion in household wealth and eliminate 6 million jobs.

Congress has a Sept. 30 deadline to renew expiring government spending authority for the 2022 fiscal year, which begins on Oct. 1. Failure to do so would result in a government shutdown, Moody’s said. Meanwhile, the debt limit, which was reinstated on Aug. 1, has forced the Treasury Department to use available cash to pay its bills. Moody’s expects those funds to be exhausted as early as mid-October.

The Moody’s report paints a pretty bleak picture of what might happen if the debt ceiling isn’t raised and the federal government defaults on its obligations.

“Global financial markets and the economy would be upended, and even if resolved quickly, Americans would pay for this default for generations, as global investors would rightly believe that the federal government’s finances have been politicized and that a time may come when they would not be paid what they are owed when owed it,” the report said.

It goes on to say that if the Treasury Department starts paying its bills late and defaults, there would “likely be a TARP moment” — a reference to Congress’ initial failure in 2008 to pass the Troubled Asset Relief Program, which led to a massive stock market selloff and the biggest financial crisis since the Great Depression.

Moody’s said a similar crisis could happen if Congress does not act immediately to raise the debt limit. The economic fallout would be “cataclysmic,” it said, and the ensuing downturn “would be comparable to that suffered during the financial crisis.”

That prognosis was based on simulations of the Moody’s Analytics model of the U.S. economy. It estimates that real gross domestic product (GDP) would decline almost 4% peak to trough, nearly 6 million jobs would be lost and the unemployment rate would approach 9%.

“Stock prices would be cut almost in one-third at the worst of the selloff, wiping out $15 trillion in household wealth,” the report added.

Moody’s take echoes that of the Biden Administration. The White House told state and local governments that a failure to lift the debt ceiling would force deep cuts to federal programs ranging from free school lunches and Medicaid to FEMA disaster relief.

The White House also said the country would likely enter a recession.

See: The US Has 10 Days Before It Defaults On Its Debt – What That Could Mean For You
Find: The 8 Best Deals From Costco’s September Coupon Book

U.S. Treasury Chair Janet Yellen penned a letter to House Speaker Nancy Pelosi stating that if the debt ceiling isn’t lifted, the Treasury would run out of money by Oct. 18. She noted that this was her estimate since spending fluctuates from $50 -$300 billion daily, meaning the ability to fund the government could be sooner.

“Again, I respectfully urge Congress to protect the full faith and credit of the United States by acting as soon as possible,” Yellen wrote.