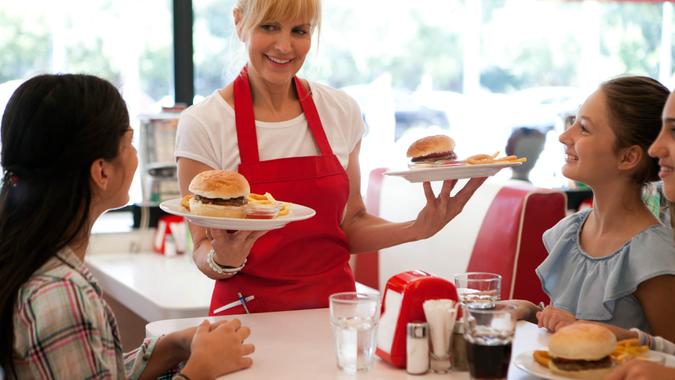 Private sector employment increased by 475,000 from January to February, according to the ADP National Employment Report, released Wednesday, March 2. The figures beat analysts’ expectations and were led by the service-providing sector, notably the leisure and hospitality industry.

In another encouraging sign, ADP dramatically revised its January report, saying the U.S. added 509,000 jobs that month, from a previously reported loss of 301,000 jobs.

“Hiring remains robust but capped by reduced labor supply post-pandemic. Last month large companies showed they are well-poised to compete with higher wages and benefit offerings, and posted the strongest reading since the early days of the pandemic recovery,” Nela Richardson, chief economist, ADP, said in the press release. “Small companies lost ground as they continue to struggle to keep pace with the wages and benefits needed to attract a limited pool of qualified workers.”

Small businesses suffered the most for the month, with a decrease of 96,000 jobs. Large businesses — those with 500 or more employees — added the most jobs, with 552,000 jobs, followed by medium-sized businesses, which added 18,000 jobs, according to ADP data.

“The ADP National Employment Report, a preview of Friday’s much-anticipated jobs report, showed private-sector job gains of 475 thousand, well ahead of expectations. But once again, the real headline was buried with a January upside revision of 810 thousand to correct a prior understatement,” she said. “Also this morning, Chairman Powell vowed to combat inflation before it becomes ‘entrenched,’ a significant change in verbiage from ‘transitory.’ Interestingly, he referred to inflation nine times and the strong labor market nine times as he signaled a rate hike in two weeks.”

As for the goods-producing sector, manufacturing was up 30,000 and construction added 26,000, according to the data.

Ashley Paterson, CEO of Healthy Hippo, told GOBankingRates that it is very encouraging to see the numbers of private payrolls rising.

“As an entrepreneur, this report reassures me that we are on the right track and that hopefully, we are starting a new post-COVID chapter where job openings are on the rise and more people are encouraged to go back to the workforce,” Paterson said.

The closely-watched Labor Department nonfarm payrolls report comes out March 5 and economists surveyed by Dow Jones expect the economy added 440,000 jobs for the month, according to CNBC.