Gas Prices Have Dropped for The Last 92 Days, But These States Are Still Paying More Than $4 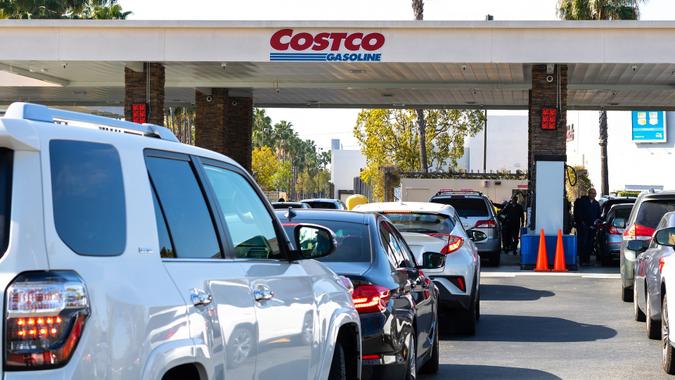 Fuel prices have been steadily dropping since mid-June’s all-time high of over $5 per gallon. This current relief comes, in part, to gas tax holidays during the summer and the Biden administration’s release of gas reserves, along with crude oil prices dropping. Prices at the pump have steadily declined over the past 92 days, according to data from AAA.

See: 9 Bills You Should Never Put on Autopay
Find: Everything’s Bigger in Texas — Including Taxes, Which Are Outpacing California

If demand for gas begins to drop, which it usually does following Labor Day, Americans could see prices at the pump fall even further.

Which states are still experiencing $4 or $5 per gallon gas prices? Is your state on this list?

States with Average Gas Costs Over $4 Per Gallon

Most of the states with $4+ gas prices are on the West Coast — or part of the Northwest and Southwest regions of the U.S. Illinois leads the Midwest in terms of the highest gas prices in that region, with regular unleaded costing an average of $3.97 per gallon. The rest of the country is, broadly speaking, experiencing gas prices under $3.97, according to AAA figures.

Here are the states with gas prices exceeding $4 per gallon.