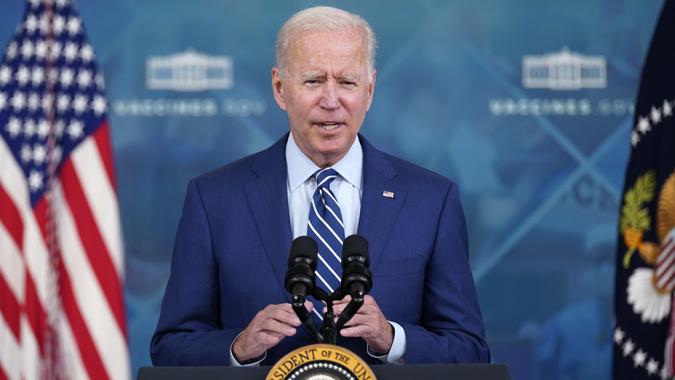 Late yesterday afternoon, the House and the Senate both approved short-term funding through a new bill that will keep the government running until early December. The measure is not considered an official raising of the debt ceiling, but buys the government time and avoids a government shutdown and, importantly, U.S. credit default.

See: Yellen Puts Pressure on Pelosi To Raise Debt Ceiling By Oct. 18 in New Letter
Find: What Is the Trillion-Dollar Coin and Can it Solve the Debt Ceiling Debate?

Approval came just hours before prior funding was set to expire. The short-term funding, known as “a continuing resolution,” is a temporary measure put in place after Republicans shot down a request by Democrats to suspend the debt limit through December 2022. Suspending the debt ceiling means the government would have additional time to either pay their debts or push off a vote until a later specified time, in this case, December.

Passage of this short-term bill avoids a financial meltdown for the time being, but still leaves the question of whether or not the actual debt ceiling will be increased or suspended long-term still remains unclear. GOP leaders have repeatedly warned they will not back legislation that hikes the debt limit, CBS reports.

This makes for dramatic political infighting, but even worse, the potential for a financial meltdown. The U.S. economy is still wading into sensitive territory, and far from full economic liftoff after the pandemic. Should the debt ceiling not be raised long-term, U.S. Treasury Secretary Janet Yellen has repeatedly warned that the government will run out of money as soon as Oct. 18. While this measure buys the government time, it is not a long-term solution.

President of the Federal Reserve Bank of New York, John Williams, recently said that the U.S. central bank would be unable to control the potential default on the government’s debt. Williams warned that investors could become “extremely nervous” and adopt the mentality that they need to quickly sell off their assets which he said could lead to  an “extreme kind of reaction in markets.”

See: The ‘Loathsome’ Option the Fed Has If The Debt Ceiling Isn’t Raised, According to Powell
Find: Failure to Raise the Debt Ceiling Could Cost $15 Trillion and 6 Million Jobs, Report Says

Markets were relatively calm in the lead-up to the vote, as the U.S. has never defaulted before and investors were largely expecting a resolution.