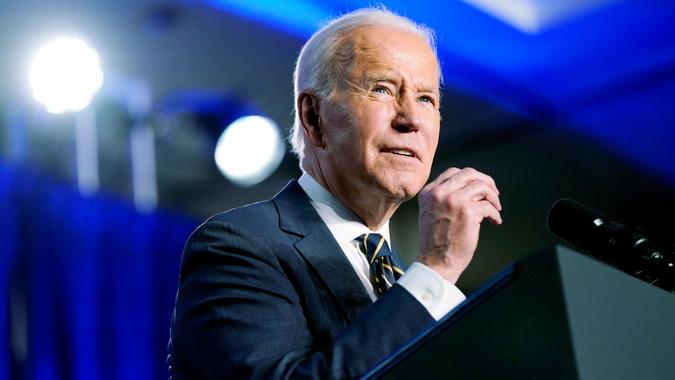 The U.S. Senate and House of Representatives have passed a $1.5 trillion omnibus spending bill. The bill accomplishes several objectives, including:

Funding includes money to deploy military equipment — and also to provide humanitarian aid to Ukrainians in their home country as well as to those forced to flee. Additional military spending includes provisions to build additional ships and aircraft such as 13 new Navy ships, 12 F/A-18 Super Hornets, and 85 F-35 Joint Strike Fighters, per The New York Times. The bill includes a 2.7% pay raise for 2.1 million uniformed service members and 750,000 civilian Defense Department employees, along with funds for housing and food subsidies for military families.

Several other provisions exist in the bill, which President Joe Biden is expected to sign into law soon.

The bill allocates additional funding for the Head Start program, which aims to assist at-risk and under-served children under the age of 5. The bill also delivers an extra $35 million to federal student aid programs, including expansion of the Pell Grant. Pell Grant recipients can currently receive $6,495 each school year; the bill increases that amount to $6,895.

Funding for the IRS

The Internal Revenue Service received a budget increase of $675 million, the largest in decades, according to The New York Times. The extra funding could help the government agency catch up on its backlog of 24 million tax returns with the 2022 tax filing season in full swing.

President Biden’s priority of focusing on climate change in the years to come was not ignored in the bill. The Office of Energy Efficiency and Renewable Energy will receive $3.2 billion in funding — more than it has received in the past, and a $338 million increase from last year. The Department of Agriculture will receive $78.3 million to study and address effects of climate change on farming and in rural communities. Plus, NASA will receive $7.6 billion specifically for scientific research, including research on climate change, according to Time.

There was one provision notably absent from the bill — one which had been a tremendous focus of Biden’s Build Back Better Act: coronavirus stimulus funding of any kind.

While COVID-19-specific funding, including $15.6 billion in pandemic aid, was dropped from the bill, the government is investing money in general pandemic preparedness. The bill includes $845 million to increase the Strategic National Stockpile, which The New York Times says is an “emergency medical reserve… to guard against infectious diseases and bioterrorism threats.”  Nearly half of the stockpile was previously focused on a vaccine against anthrax. An additional $745 million was allocated to the Biomedical Advanced Research and Development Authority per the NYT.

Learn: COVID-19’s Impact on the Economy, 2 Years Later
Explore: 5 Presidents Who Raised Taxes the Most, and 5 Who Lowered Them

Finally, the bill included a 21% increase in office budgets for House representatives, to be used to give traditionally underpaid congressional staff a raise. The budget increase in the “Member Representational Allowance” will help congressional leaders “attract and retain the best and brightest to help them serve the American people while promoting a more diverse workforce,” according to a letter from House Majority Leader Steny H. Hoyer.