How Gas Prices Are Actually Determined 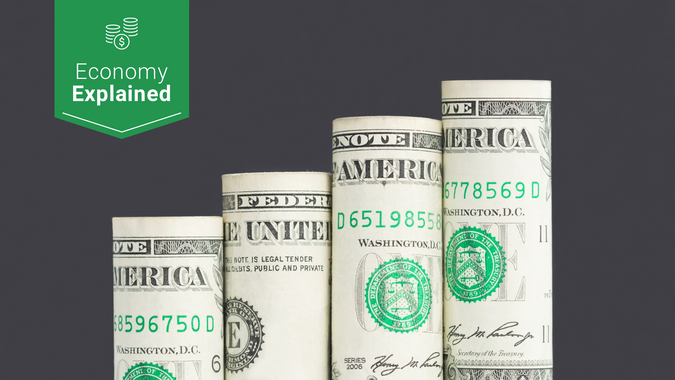 The financial press had plenty to report on in the first half of 2022, with inflation rising to its highest levels in over 40 years, stocks falling into a bear market and cryptocurrency crashing. But the news item that perhaps had the most direct impact on the vast majority of American consumers was the shocking rise in the price of gasoline. In June 2021, the national average price for a gallon of gas was $3.09, according to data from AAA, but as of June 2022, it had topped $5. That marks a gain of over 60% in a single year. While most Americans feel the pain at the pump, many aren’t aware of exactly what goes into the price of gasoline. Here’s a closer look.

Find Out: 9 Bills You Should Never Put on Autopay
Important: Here’s How Much Cash You Need Stashed If a National Emergency Happens

In its simplest form, the price of gasoline consists of the total price of four individual components, according to the U.S. Energy Information Association: refining, distribution and marketing, taxes and crude oil.

Ultimately, the price for any market commodity, from gasoline to orange juice to even the stock market, comes down to supply and demand. In the case of gasoline, the supply-demand dynamic for oil is the most important contributor to the price of gasoline.

A number of factors have driven the price of crude oil significantly higher over the past two years, from the post-COVID-19 global economic resurgence to the war in Ukraine. It might be hard to believe, but in early 2020, when the world went into lockdown in response to the coronavirus pandemic, the price of a barrel of oil actually went negative, as storage tanks were full and demand fell off a cliff. But as of July 1, 2022, a barrel of oil went for about $108, down from a peak of over $120 in early June.

According to the U.S. Department of Energy, more than half of the price of gasoline is derived from the cost of crude oil. Thus, the best tip to determine which way gas prices are trending is to watch the market price of crude oil. Just understand that there’s not a one-to-one correlation between the two, and gas prices often lag changes in the cost of oil.

Federal, state and local gasoline taxes are technically the second-largest component of the cost of gasoline, after the cost of oil, but they have roughly the same impact as refining and distribution/marketing. Note that while federal gas taxes are the same across America, state gas taxes can vary wildly. As of March 2022, for example, California had the highest gas taxes of any state in the country, at 68 cents per gallon, while Alaska had the lowest, at just 14 cents. The Energy Information Administration puts the cumulative effect of taxes at about 17% of the cost of a gallon of gas.

Have you ever noticed how prevalent gas stations are, particularly in larger cities? It turns out that pumping gas is a highly competitive industry, meaning marketing expenses are an additional factor in the cost of gas. It also takes money to get refined gasoline to stations so it can be distributed to consumers. Overall, distribution and marketing expenses add up to about 15% of the cost of a gallon of gas.

The “distribution and marketing” category is somewhat of a catch-all, as it includes everything from wages, salaries and benefits paid to gas station workers to insurance, overhead and lease payments. This helps explain why gas stations down the block from one another or even across the street can have different cost structures that affect the price they must charge to customers and still make a profit.

Refining, distribution and marketing, and taxes all play second fiddle to the price of oil in determining gas prices, but they are nevertheless still important. In fact, all three of these components put together comprise nearly 50% of the cost of gas, so they are still significant. As crude oil must be refined in order to become gasoline, there’s obviously a cost added to the end product during its transformation. Various environmental requirements from state to state may increase the cost of refining. Refining expenses generally comprise about 14% of the cost of gasoline.