Inflation Is Here — What Does That Mean for Your Wallet? 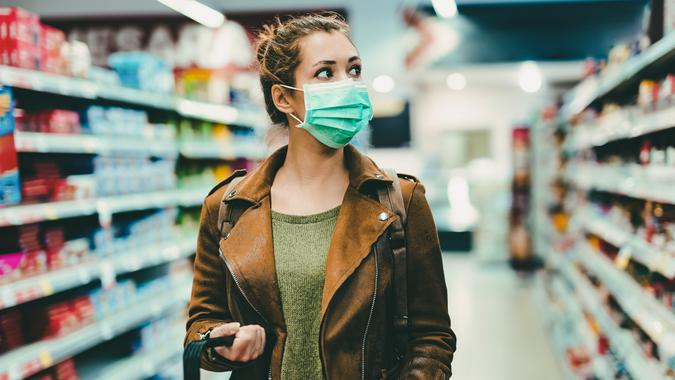 Consumer spending fell during the pandemic. Some people had less money to spend because of job losses and business slowdowns. Others had plenty of money but nowhere to go and nothing to do.

See: P&G Is the Latest Company to Hike Prices, Joining Coke, General Mills and Kimberly-Clark
Find: The 12 Most Controversial Price Hikes of the Last Year

Now, restrictions are easing and wallets are opening. The surge in demand is leading to higher prices across the board. In its quarterly earnings report, consumer-products giant Procter & Gamble (NYSE: PG) announced that it would be raising prices because of increased prices for commodities. Coca-Cola (NYSE: KO), Kimberly-Clark (NYSE: KMB) and JM Smucker (NYSE: SJM) made similar comments in their earnings reports. These increased prices are likely the start of a period of at least moderate increases in price levels, also known as inflation.

Along with the pressure from increased demand, the United States government has been running a massive deficit for a long time, made larger by increased spending and decreased tax revenue during the pandemic. In the past, situations like this have often led to inflation.

There’s another factor that may be driving inflation: rational expectations. This is an academic theory that says the outcome depends on what people expect will happen. Thus, if people expect inflation is going to happen, they will be more willing to pay higher prices, and they will start charging higher prices. They will be more aggressive about requesting wage increases, and they will begin looking for ways to hedge price increases.

Although the U.S. has not had significant inflation for several years, it’s not a new phenomenon. It was a big issue in the U.S economy back when Joe Biden was a junior senator from Delaware, and it has affected many other countries in recent years.