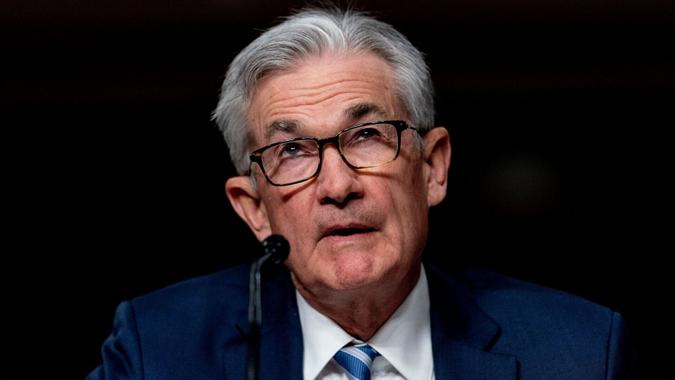 Federal Reserve Chair Jerome Powell is very likely working on ways to curb inflation and keep the U.S. out of a recession. The next step might be a more aggressive approach to raising interest rates, according to The Wall Street Journal.

During a moderated discussion on March 21, Powell said the Fed could raise interest rates by a half point — if officials determine it’s appropriate — at a Federal Open Market Committee (FOMC) meeting, the outlet reported.

Last week, the Fed voted to raise the benchmark rate by a quarter point, penciling in up to seven additional increases through 2023 — perhaps ultimately bringing the rate to roughly 2.75%.

However, in a discussion after a speech to the National Association for Business Economics in Washington, D.C., Powell said the Fed could take more “disruptive” steps until inflation begins falling to a 2% target. “If we determine that we need to tighten beyond common measures of neutral and into a more restrictive stance, we will do that as well,” he said.

Stocks and bonds both fell following the speech and discussion, with the Dow Jones Industrial Average closing down 0.58% March 21. Meanwhile, Treasury notes rose to 2.298%, The WSJ reported. However, the Dow recovered on the morning of March 22, gaining 0.8% when the market opened. The S&P 500 and Nasdaq composite also rallied for a strong opening as Powell’s comments sunk in. The boost also stemmed from rising stock prices for financial firms, CNBC reported. JP Morgan gained more than 2% and Bank of America jumped roughly 4% upon news of the interest rate hikes.

Economists and investors are bracing for future hikes, with Goldman Sachs predicting 50 basis point hikes at the May and June FOMC meetings, per CNBC.

“Investors are taking Powell’s transparency as a step further to say, ‘He’s just preparing us for the worst,'” Shannon Saccocia, chief investment officer at Boston Private, told The WSJ.

In his March 21 speech titled “Restoring Price Stability,” Powell pointed out that the inflation outlook had already deteriorated significantly, with core inflation (excluding food and energy) rising to 5.2% in January. Fed officials view core inflation closing out 2022 at 4.1% if interest rates rise to 2%, according to projections reported by The WSJ.

In his speech, Powell pointed out that the U.S. sanctions on Russia — and other effects of the war — could increase supply chain disruptions which would drive prices even higher. He emphasized many times that the Fed would take action to curb inflation as appropriate.

Learn: War in Ukraine, Fed Rate Hikes & Inflation: How Will These Events Affect Bitcoin?
Explore: Thanks to Inflation, 64% of Americans Now Live Paycheck to Paycheck

“No one is sitting around at the Fed… just waiting for the old regime to come back. I think people fully appreciate the situation that we’re in,” he said during the meeting. “It’s a series of shocks that have happened, and we have a job to do, and we’re very focused on doing that job.”