Infrastructure Bill: How Will Modernizing Roads, Bridges, Transit and Water Help You? 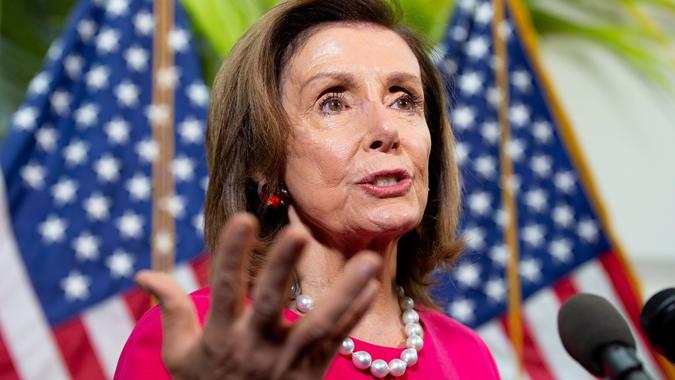 When and if President Joe Biden’s infrastructure bill gets passed by Congress, it could make life a whole lot easier for millions of Americans who are tired of driving over potholes and crumbling bridges, seek plentiful public transit and live in fear of unsafe drinking water.

Whether any of this comes to pass largely depends on Congress. U.S. House speaker Nancy Pelosi on Thursday night postponed a planned vote on the infrastructure bill following a rift between moderate and progressive Democrats on how much of Biden’s full plan should be implemented, The Guardian reported.

Pelosi put an upbeat spin on things, however, saying the House is “closer to an agreement than ever,” but that it “will need some additional time to finish the work.”

Related: Biden’s Executive Order For 50% of Cars To Be EVs by 2030: “The Future of the Auto Industry Is Electric”

It’s no secret that the country’s roadways are in need of a serious overhaul. More than 45,000 bridges are rated in poor condition, and many of America’s main arteries are deteriorating. The infrastructure plan calls for $110 billion in new spending for roads and bridges over five years, with $40 billion earmarked for bridge repair, replacement and rehabilitation. This would represent the biggest dedicated bridge investment since the construction of the interstate highway system in the 1950s.

About $39 billion would go toward modernizing public transit. One priority is to repair and upgrade current infrastructure and make transit stations more accessible to elderly passengers, those with disabilities, and other riders. Another $66 billion would go to Amtrak, passenger and freight rail. One goal is to eliminate Amtrak’s maintenance backlog and modernize its Northeast Corridor line. The plan also calls for $12 in grants to expand transit services to new areas.

The $55 billion earmarked to upgrade the nation’s water systems aims to replace all of the country’s existing lead service pipes and lines to make clean drinking water more accessible to everyone.