Infrastructure Bill: What Could Broadband Internet Provisions Mean For You? 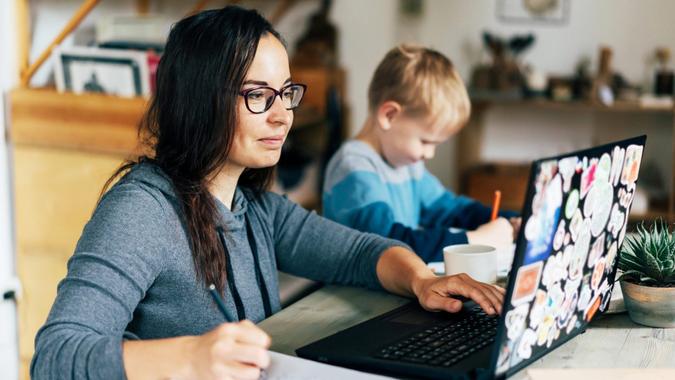 The massive infrastructure bill previously passed by the Senate and now under debate in the House includes a large provision to expand high-speed internet access across the country, specifically in rural areas and for lower income households. If passed, the bipartisan legislation would allocate $65 billion in new taxpayer money to support broadband internet. The legislation would frame internet access as a “necessity,” similar to water and electricity, according to The Wall Street Journal.

Under the bill, companies would be mandated to publish details about their service and connection speeds, similar to the way food manufacturers must publish information on nutrition labels. Internet providers who take federal funds to build networks would be required to provide low-cost plans.

Estimates from the past two years show that anywhere from 14 million to 40 million Americans currently live in areas without high-speed internet, WSJ writes. The bill allocates $42.5 billion in grants to states, aimed at delivering broadband to underserved and rural communities.

More: Surging Meat Prices Could Cost You Hundreds This Year — Can You Afford It?

But what does this mean, exactly, for American households?

The bill would offer a $30 monthly benefit for lower income households to go toward their broadband internet bills, according to USA Today. Additionally, telecom providers who received grant money from states would have to offer a low-cost, high-speed option, with prices approved by government regulators.

Internet companies, by law, must offer minimum speeds of 100 megabits per second on downloads and 20 for uploads, the bill states. That represents a tremendous increase from the minimum download speed of 25 mbps and upload speed of 3 mbps that the Federal Communications Commission today recognizes as “broadband.”

Find Out: Transportation Costs Continue to Go Up — How Will This Affect Consumer Prices?
Senior Stimulus: How an Additional $1,400 Check Could Help Social Security Recipients Afford Rising Grocery Costs

“This bill will not increase choice and lower prices for everyone,” Matt Wood, a broadband policy expert at the consumer advocacy group Free Press, told USAToday. “It will make real, high-speed internet far more affordable for millions of people who today cannot afford it, and it will make faster networks available to millions more.”