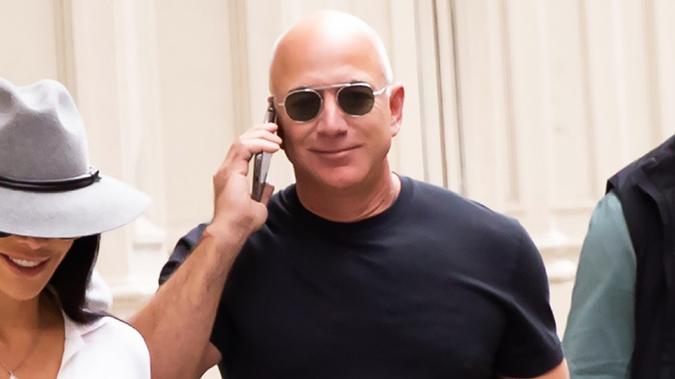 Billionaires, like anyone else, have opinions about politics, financial policies, and economics — and lately, it’s become the trend to air them publicly on Twitter. When Amazon founder Jeff Bezos, the second wealthiest person in the world behind Elon Musk, took the White House and the Biden Administration to task for inflation, it sparked a host of critics (on both sides) as well as some discourse on why inflation occurs.

Discover: 10 Walmart Brands With the Best Bargains in May
More: Unplug These Appliances That Hike Up Your Electricity Bill

On May 13 President Joe Biden tweeted, “You want to bring down inflation? Let’s make sure the wealthiest corporations pay their fair share.”

If you follow the money trail, some critics argue, it makes a little bit of sense. Said commentators suggest that if top corporations paid more in tax dollars, the government may not have been forced to print more money, which was one of the factors causing inflation in 2022.

But other factors contributing to inflation include rising fuel prices — sparked in part by the Russia-Ukraine War and reduced access to oil in the U.S. — plus increased discretionary spending.

There has recently been a surge of “revenge spending” as people embrace their newfound freedom to travel. During the pandemic, people enjoyed the convergence of low interest rates and stimulus funds delivered through the CARES Act. In light of a growing labor shortage, this created an overabundance of demand and a lack of supply, which many economists argue is a recipe for inflation.

The association between corporate taxes and inflation is tenuous, at best, according to Bezos. He tweeted in reply to Biden, “Raising corp taxes is fine to discuss. Taming inflation is critical to discuss. Mushing them together is just misdirection.”

The White House issued a statement slamming Bezos. “It doesn’t require a huge leap to figure out why one of the wealthiest individuals on Earth opposes an economic agenda for the middle class that cuts some of the biggest costs families face, fights inflation for the long haul, and adds to the historic deficit reduction the President is achieving by asking the richest taxpayers and corporations to pay their fair share.”

On May 16, Bezos tweeted in response, “Look, a squirrel!” He shared the White House statement and expanded on his belief that the White House was using misdirection in regard to the topic of inflation. He added, “They know inflation hurts the neediest the most. But unions aren’t causing inflation and neither are wealthy people.”

The Twitter-verse began to add their views on both sides of the argument.

Amazon, just like other retailers, has grappled with supply chain issues, fuel prices, and labor shortages in recent months. The ecommerce giant increased worker wages to a minimum of $18 an hour, Reuters reported last September.

See: POLL: Have Gas Prices Affected Your Driving Habits?
Find: How High of a Pay Raise You Need To Fight Inflation — And How To Ask For It

It remains to be seen whether Bezos’ tweets affect Amazon stock prices at all. As of mid-day on May 17, Amazon stock was up by approximately 1.4%.