Jobless Claims Inch Lower For Second Week In A Row 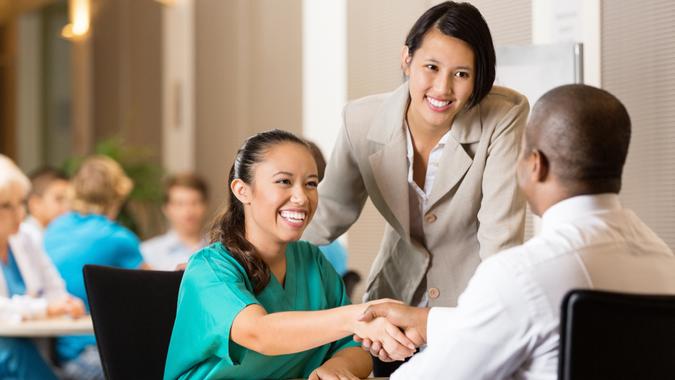 Jobless claims came in at 290,000 for the week ending Oct. 16 the Department of Labor reported this morning, representing a decrease of 6,000 from the previous week’s levels. In a sign of hope for the economic rebound, this is now officially the lowest level for initial claims since the onset of the pandemic.

See: Wow Your Job Interviewer by Asking These 10 Questions
Find: These Cover Letter Mistakes Can Cost You a Potential Job

The previous week’s level was revised up 3,000, from 293,00 to 296,000, which before last week’s was the lowest level since March 2020. Today’s Department of Labor reporting represents for the first time since then two consecutive weeks that brought new records of low unemployment insurance claims.

The 4-week moving average, which is a marker for volatility, came in at 319,750 also representing a decrease of 15,250 from the previous week’s revised average. The DOL stated that this is the lowest level for this average since March 14, 2020, when it was 225,500, again before the pandemic began gripping the labor market.

The number of people filing for unemployment insurance fell well below economists’ expectations. Economists surveyed by Dow Jones had been looking for an even 300,000, CNBC reports.

The total number of those receiving benefits under all state and federal programs reached 2.8 million, a decrease of 369,992 according to the data which ran through October 2. Last year, the figure was almost a whopping 24 million.

The sharp come-off has been marked by the ending of supplemental federal unemployment assistance as a part of the American Rescue Plan stimulus relief bill. The program added an extra check each week to those already receiving unemployment income benefits from their state. For months it was argued that this extra money was disincentivizing individuals to return to the labor force, fueled by accompanying weak employment numbers.

See: How To Snag That Seasonal Job — and Make It Permanent
Find: 20 Best and Worst Jobs for Work-Life Balance

Non-farm payroll reports from the Department of Labor are expected next week and will use the week taken from this most recent jobless claims data to generate their figures making this week’s numbers all the more important.