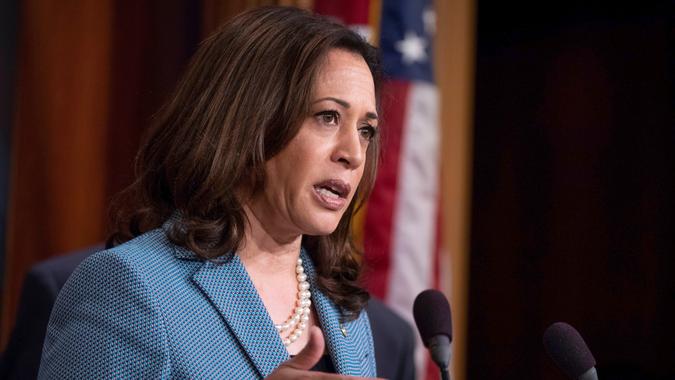 Vice President Kamala Harris broke the tie to start the debate on President Biden’s $1.9 trillion American Rescue Plan in the Senate last night, advancing the passage of the bill.

See: If You Get a Stimulus Check, How Will You Use It? Take Our Poll
Find: How the Beginning of the Biden Presidency Has Unexpectedly Impacted Your Finances

And the Georgia Democrats tweeted,”Kamala Harris just broke the tie, advancing $1.9 trillion in COVID relief aid, 51-50. Georgia did this.”

While the vote is expected this weekend, Republicans who vowed to slow down the process include Sen. Ron Johnson, who announced Wednesday that he planned to force a reading of the full bill once it is formally proposed by Democrats, according to a statement. The reading of the 628-page bill could add 10 hours to the 20 hours allotted for debate, according to Forbes.

See: Stimulus on Track for Weekend Vote, Republicans Vow to Slow Down Process
Find: Are You Sure You’re Getting a Stimulus Check? 16 Million Americans Won’t Get a Third One

“These are astonishing sums that we’re talking about and the majority party here wants to jam this through, through a reconciliation process, no consultation with our side. Just blow it through here, twenty hours of debate, a voterama, pass $1.9 trillion in spending, and go home,” Johnson said. “Having no consideration whatsoever of that fact that we are mortgaging our children’s future. At some point and time there will be a day of reckoning, a debt crisis, and it won’t be pretty.”

In a statement on the Senate floor before the vote to proceed to the American Rescue Plan last night, House Majority Speaker Chuck Schumer said, “We are not going to delay when urgent action is called for. We are not going to quit before the race is won. We are going to sprint through the finish line. It’s time to move forward with this legislation — which will be one of the largest single antipoverty bills in recent history. It is a time to lift this country out of crisis and set it on a path to strong and swift recovery. It is time to tell the American people that help is on the way.”