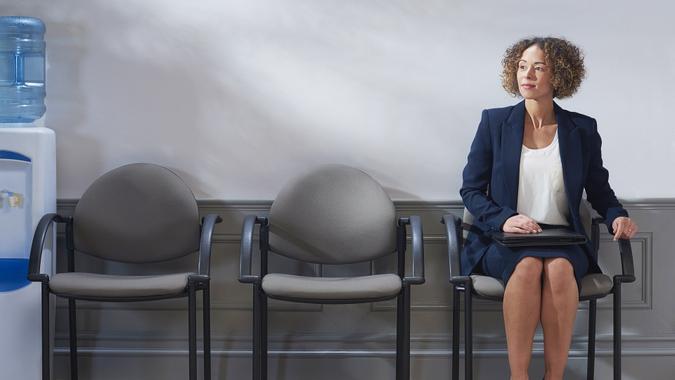 For the week ending March 26, the advance figure for seasonally adjusted initial jobless claims was 202,000, an increase of 14,000 from the previous week’s revised level, according to the Labor Department.

Economists surveyed by The Wall Street Journal expected unemployment claims to rise to 195,000.

While it’s a slight increase from the previous week — which represented the lowest level for initial claims since Sept. 6, 1969, when it was 182,000, according to the Labor Department — the figure underscores how far the job market has recovered. For reference, the corresponding week a year ago, claims were standing at 729,000. It is also the second-lowest figure since Dec. 25, 2021, according to Labor Department data.

“Sandwiched between yesterday’s ADP report and tomorrow’s nonfarm payrolls, this morning’s jobless claims report may be overlooked but that would be a mistake,” Jeannie Walden, CMO of DailyPay, told GOBankingRates. “Initial claims came in a hair above 200 thousand while the more closely watched 4-week moving average dipped to levels not seen since 1969. Keep in mind that total employment was about half back then of what it is today, so in terms of a percentage of total jobs, we are truly in uncharted waters.”

“All you have to do is look at this morning’s 6.4% PCE price increase which means real wages are still declining despite record pay hikes. That’s why more and more employers are offering customized benefits and instant rewards to support, retain and activate their workforces without hurting operating margins,” she said.

Dev Randhawa, CEO of Fission 3.0, told GOBankingRates that despite the slight increase in weekly claims, “we are in the process of pulling ourselves out of one of the most paralyzing pandemics that our generation had to go through.”

See: Top 25 Side Gigs To Pursue From Home and How Much They Pay
Find: 22 Side Gigs That Can Make You Richer Than a Full-Time Job

“It is not surprising that we are still seeing jobless claims, however, I believe that we are heading in the right direction when it comes to employment numbers,” Randhawa said.