More Americans Are Moving Back to Pre-Pandemic Life — How Will It Affect Spending? 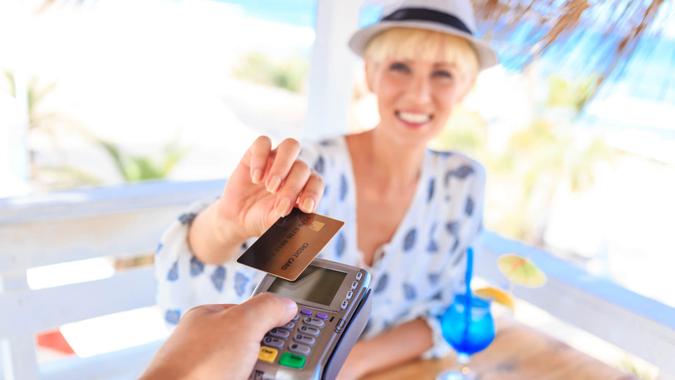 There’s no doubt that Americans are anxious to return to life the way it was before the COVID-19 pandemic — including the way they spend money. At least one new survey suggests many are doing just that. Even so, most consumers remain cautious about spending, and the Delta variant could throw even more caution into the mix.

See: How to Curb Your ‘World Reopening’ Spending
Find: How to Save $500 This Month

The second-quarter State of Personal Finance Study, a survey of 1,004 U.S. adults conducted by Ramsey Solutions in June and released on Monday, found that nearly six in 10 respondents are returning to pre-pandemic norms and are ready to spend money on something other than essentials. But more than 80% said that while life is returning to normal, their old spending habits might not.

“Americans haven’t forgotten the money lessons they learned during the COVID-19 pandemic,” the study said. “Many Americans who reined in spending and ratcheted up savings to ride out the pandemic say some of those habits are here to stay.”

Sixty-three percent of the survey respondents said they had big-ticket purchases planned for the current quarter, with over 27% of those saying the purchase will involve summer travel.

See: How to Travel Safely Amid the Delta Variant Surge
Find: How You Can Still Book a Last-Minute Summer Vacation

Meanwhile, Mastercard CFO Sachin Mehra recently offered a bullish take on U.S. consumer spending, saying it is on pace to exceed pre-pandemic levels based on data from the company’s second-quarter earnings report.

The wild card is how the Delta variant will impact overall consumer spending. Some economists say the variant has already caused a slowdown in some sectors of the economy.

See: 10 Signs Your Spending Is Out of Control — and How to Address It
Find: 35 Surprising Cities With Low Costs of Living

As The New York Times reported last week, Chase credit card spending in certain travel and entertainment categories has fallen recently because of the variant, according to a JPMorgan research report from senior economist Jesse Edgerton and economist Peter McCrory. Chase card spending data shows that airline spending has fallen nearly 20% from a mid-July peak, the report said.

One thing to keep an eye on moving forward is how the child tax credit will impact spending. According to the Ramsey Solutions study, 70% of qualifying parents say they are afraid to spend monthly tax credit payments because of uncertainty over how it will affect their income taxes next year.

See: How Will Back-to-School Shopping Be Different This Year?
Find: Suze Orman’s Top 26 Tips That Will Save You From Financial Disaster