New Car Prices at the Mercy of Rising Metal Costs — How High Could They Soar? 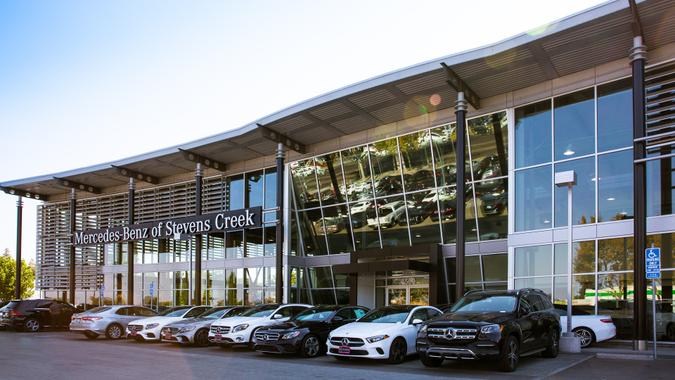 In spite of the average price for a used car dipping slightly in February — the first time since September 2020, according to the Manheim Used Vehicle Value Index — experts are saying new car prices could continue to climb due to rising prices of nickel and palladium.

On March 8, the price of nickel spiked so fast, it prompted the London Metal Exchange (LME) to stop trading the commodity to minimize the losses of short sellers and attempt to stabilize the market. The price of nickel hit $100,000 per ton on Tuesday.

Meanwhile, the price of palladium rose from $2,589 an ounce to $3,084 this month so far. The price increases are, at least in part, attributable to the Russian war on Ukraine, which has prompted the U.S. and several European countries to stop doing business with Russia. CBS MoneyWatch reports that 40% of metals used by automakers come from Russian companies.

The U.S. has already seen new car costs rise 12% year-over-year, based on the U.S. Department of Labor’s most recent inflation data. “If we continue to see all these higher material prices, eventually this will translate to a higher price point,” Matteo Fini, an automotive supply chain expert at S&P Global Mobility, told CBS MoneyWatch.

The electric vehicle market may be hit the hardest by the increase in the price of metal. Companies that include Tesla, Audio and Mercedes use nickel to produce their car batteries. EV manufacturer Rivian already announced last week that it would raise prices on pre-ordered cars by $12,000 due to the rising costs of raw materials.

On Tuesday, EV industry leader Tesla raised prices on the long-range version of its Model 3 and the long-range and performance versions of its Model Y by $1,000, according to Electrek.com. The Model 3 Long Range, one of the lower cost vehicles in Tesla’s lineup, now retails for $51,990.

Major internal combustion engine vehicle (ICE) manufacturers, including Ford, GM, and Toyota, have not commented on future plans or potential price hikes. However, the rising prices of palladium and platinum, which are used to make catalytic converters in ICE vehicles, could force price increases — on top of already surging gas prices.

Chris Blasi, chief executive of Neptune Global, a precious metals dealer, told Reuters, “Either consumers will pay more for cars, or if automakers can’t pass it on they’ll have to find cost savings somewhere else.”