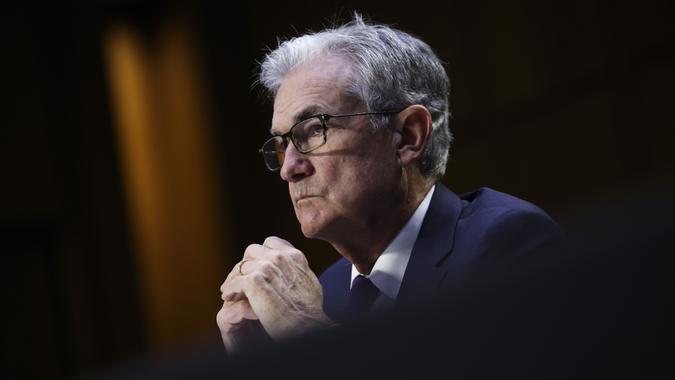 Federal Reserve Chairman Jerome Powell said Wednesday that while he expects inflation to ease, current pressures could run into the new year. CNBC reported that during a panel discussion hosted by the European Central Bank, Powell said that he was “frustrated” that getting people vaccinated “remains the most important economic policy that we have.”

See: The ‘Loathsome’ Option the Fed Has If The Debt Ceiling Isn’t Raised, According to Powell
Find: New Jobless Claims Unexpectedly Rise For The Third Straight Week

“It’s also frustrating to see the bottlenecks and supply chain problems not getting better — in fact at the margins apparently getting a little bit worse,” he added. “We see that continuing into next year probably, and holding up inflation longer than we had thought.”

Policymakers raised upper-end inflation forecasts to 4.2% for the year, more than twice the targeted level, said Reuters. However, they see it easing to 2.2% going into 2022. Powell also said Wednesday that 2022 should be “quite a strong year” for economic growth, CNBC reported.

Powell explained that the current spike in inflation is a result of supply constraints coupled with strong demand, which is all associated with the reopening of the economy.

“We see those things resolving,” he said, as reported by CNBC. “It’s very difficult to say how big those effects will be in the meantime or how long they will last.”

The Fed also indicated that they are prepared to take action if necessary, mentioned CNBC. The central bank said they may begin tapering monthly asset purchases by the end of the year, although interest rates are not expected to go up until at least the end of 2022.

See: 8.5 Million Tax Refunds Have Yet to Be Sent – What To Do If You Haven’t Received Yours
Find: 11 Social Security Mistakes That Can Cost You a Fortune

When asked about his biggest concerns, Powell mentioned a possible clash between stable income and full employment, reported Reuters.

“Managing through that over the next couple of years is the highest and most important priority and it is going to be very challenging,” he said.