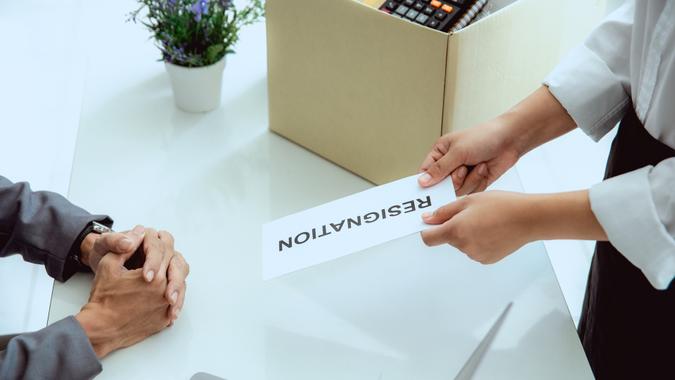 Despite attraction and retention incentives or pay increases, the labor market continues to be tight, as the number of job openings was little changed at 11.3 million in February, according to the Labor Department’s Job Openings and Labor Turnover Survey (JOLTS) report that came out on March 29.

See: 22 Side Gigs That Can Make You Richer Than a Full-Time Job
Find: 10 Signs You Need a New Job ASAP

In addition, the number of quits increased in February with 4.4 million, or 2.9%, of employees voluntarily leaving their jobs, according to the Labor Department. Quits increased in retail trade, durable goods manufacturing and state and local government education, and decreased in finance and insurance.

Hires edged up to 6.7 million while total separations — which includes quits, layoffs and discharges — were little changed at 6.1 million.

“While job openings held steady at 11.3 million, quits reached a near-record 4.4 million and hires rose 4% to 6.7 million, notching a twelfth consecutive month above the 6 million mark,” Walden said. “Employers are increasingly frustrated that their pay hikes aren’t working. But this steadily rising tide of turnover isn’t impacting all companies equally. Employers who are leveraging technology to deliver a customized consumer-like experience to their workforces are actually seeing their employee engagement and retention metrics improve. Employees are consuming an experience, not just a paycheck.”

Co-CEO and Co-Founder of Funday, Mark Homza, told GOBankingRates that the current shortages and imbalances in the labor market are being felt most heavily in the finance and insurance sector while arts, entertainment and recreation are experiencing stronger signs of growth.

See: 7 Financial Habits That Improve Your Daily Life
Find: Quitting Your Job in Under a Year Is Not the Resume ‘Red Flag’ It Once Was Thanks to COVID

“While the labor market is extremely tight I’m confident we’ll see gradual improvements throughout the course of the year that will allow us to match pre-pandemic levels,” Homza said. “The JOLTS report indicates signs of rebound but as we’re seeing a major shift in Americans’ job choices it will ultimately put pressure on businesses residing in industries who are facing worker shortages the most.”