Russia’s Default ‘Imminent’– What Does This Mean for US Economy? 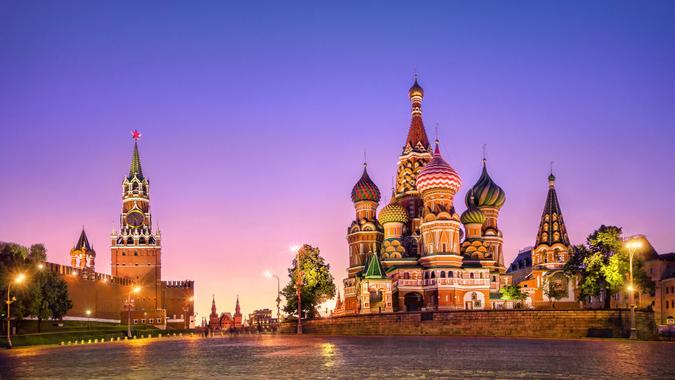 Ratings agencies and global experts expect Russia’s default on its debts to be imminent, and some are now worried about potential global implications.

See: Tesla Will Keep Conscripted Ukrainians on Payroll for 3 Months
Find: Deutsche Bank Reverses Course, Says It Is ‘Winding Down’ Business in Russia

Fitch downgraded Russia’s Long-Term Foreign Currency Issuer Default Rating (IDR) to ‘C’ from ‘B’ on March 8, which reflects the agency’s view that a sovereign default is imminent, Fitch said in a note on its website.

“The further ratcheting up of sanctions, and proposals that could limit trade in energy, increase the probability of a policy response by Russia that includes at least selective non-payment of its sovereign debt obligations,” Fitch said in the note. “To a lesser extent, the risk of imposition of technical barriers to servicing debt, including through the direct blocking of transfer of funds, or through clearing and settlement systems, have also risen somewhat since our last review.”

S&P Global Ratings also downgraded Russia’s foreign and local currency sovereign credit ratings to “CCC-” on the basis that the measures taken by Moscow to mitigate the unprecedented barrage of sanctions imposed by the U.S. and allies “will likely substantially increase the risk of default,” according to CNBC.

The International Monetary Fund (IMF) managing director Kristalina Georgieva said the IMF expects a “deep recession” in Russia following the immense sanction regime imposed in response to its invasion of Ukraine, according to Axios.

“In terms of servicing debt obligations, we no longer think of Russian default as improbable,” Georgieva said March 13 on CBS’ “Face the Nation.”

She added that while growth projections for 2022 will be downgraded, there will still be a positive growth rate, adding that the sanctions are unlikely to trigger a global financial crisis “for now,” Axios reports.

Peter Cohan, a senior lecturer at Babson College and author of “Goliath Strikes Back,” told GOBankingRates that not much will happen to the U.S. if Russia defaults on its debt. “For example, Russian entities owe U.S. banks $14.7 billion — a mere 12% of what Russia owes international banks and a tiny fraction of the world’s $226 trillion in global debt.,” Cohan said.

See: A History of Gas Prices: Do You Remember How Little You Once Paid?
Find: How Much Does the President Control Gas Prices?

He added that the worst-case scenario in which Russia defaults on all its debt would not matter to global markets.

“To be sure, there are unforeseen risks if there is a major U.S. financial institution that is overly dependent on Russian repayments. But anyone who has read my 2010 book, “Capital Rising,” knows that it is a mistake to expect Russia to respect the economic rights of anyone. If Russia’s government can appropriate another country’s assets, they will do so. Smart U.S. lenders should be prepared for this outcome,” he said.