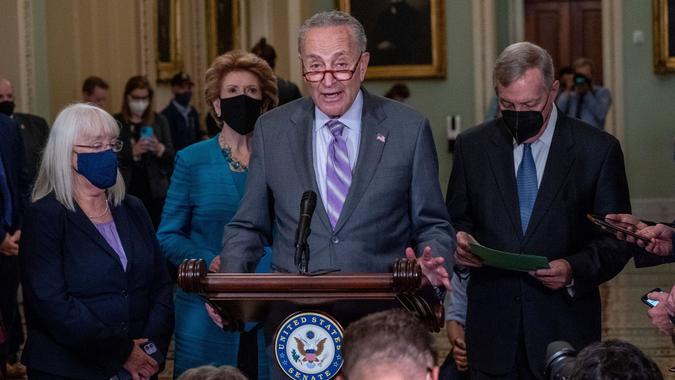 Democrats and Republicans will vote today on whether or not to raise the legal U.S. debt limit, with failure to do so threatening to send the economy back into a recession.

The most important deadline to keep in mind is Oct. 18, by which time U.S. Treasury Secretary Janet Yellen warns the country will run out of its money reserves.

While this is not the first time political deadlock has created the threat of default in the case of a failure to raise the debt ceiling, the stakes are particularly heading into today’s vote. The government increased its spending significantly over the past four years to accommodate generous tax cuts and was then stressed further with the spending necessary to keep accommodative economic policies in the face of the coronavirus pandemic.

The first round of stimulus payments and the successive checks that went out put considerable strain on government spending. Additionally, hundreds of millions of dollars were spent in government assistance and grants to keep businesses afloat and rental assistance to prevent eviction.

It’s now time to pay the receipts on some of these debts, and if the government does not increase the legal allowable limit by which the government can hold debt, it faces default for the first time in history.

Wall Street typically does not react too significantly to debt ceiling threats, as historically the government always votes on a resolution, but a debt ceiling breach is getting “a little too close for comfort,” TD Securities strategists Priya Misra and Gennadiy Goldberg wrote in a note to clients Tuesday, as reported by Bloomberg.

This particular impasse is different because of the precarious situation the economy has been in since the onset of the pandemic. The economy is still in a period of recovery, and operating with a near 5% unemployment rate, still higher than pre-pandemic levels. A government debt default has the potential to send interest rates soaring, and the stock market crashing. This would ultimately lead to higher rates of unemployment and a further need for more government spending to accommodate the economy even further.

Senate Majority Leader Chuck Schumer will force a vote today — his third try in nine days — to decide whether or not to suspend the nation’s debt until December 2022. Failure to do so would likely force an additional vote in an attempt to avoid the Oct. 18 deadline.

The White House Council of Economic Advisers have warned that in the event of default, an economic crisis would ensue.