Stimulus on Track for Weekend Vote, Republicans Vow to Slow Down Process 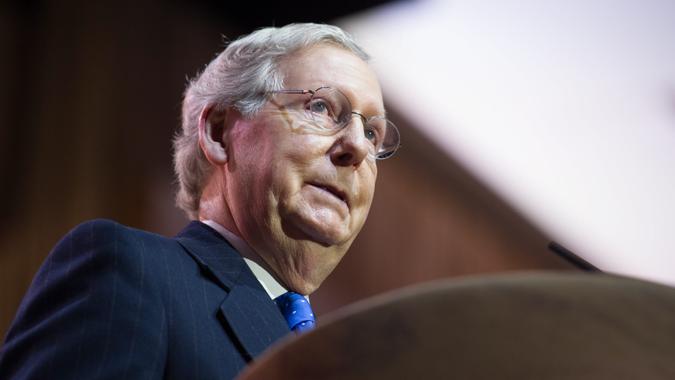 The Senate should be on track to start the debate on President Biden’s $1.9 trillion American Rescue Plan today, and a vote is expected this weekend.

Yesterday, Biden agreed to tighten the threshold of Americans who are eligible to receive the $1,400 stimulus checks. The direct payment of $1,400 per person in Biden’s plan would supplement the $600 Congress approved as part of the second stimulus.

The move angered many Democrats, including Rep. Ro Khanna, who said in a tweet: “I’m tired of compromising on basic progressive values. We must do everything in our power to give Americans a raise.”

Press Secretary Jen Psaki said in a briefing yesterday that President Biden was “comfortable with where the negotiations stand.”

See: Calculating Your Stimulus Check: How Much (if Any) Will You Get?
Find: Stimulus Payments Drive 10% Increase in Personal Income in January

While the vote is expected this weekend, Republicans vowing to slow down the process include Sen. Ron Johnson, who announced Wednesday that he plans to force a reading of the full 600-page bill once it is formally proposed by Democrats, according to a statement. The reading could add 10 hours to the 20 hours allotted for debate, according to Forbes.

“These are astonishing sums that we’re talking about and the majority party here wants to jam this through, through a reconciliation process, no consultation with our side. Just blow it through here, twenty hours of debate, a voterama, pass $1.9 trillion in spending, and go home,” Johnson said. “Having no consideration whatsoever of that fact that we are mortgaging our children’s future. At some point and time there will be a day of reckoning, a debt crisis, and it won’t be pretty.”