Teens Are Spending Money Despite Pessimistic View of Economy 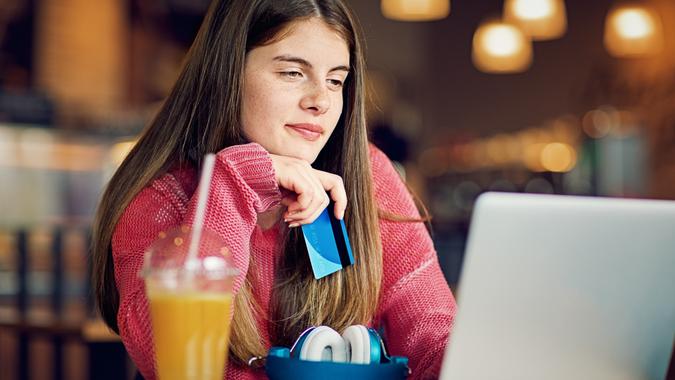 Almost half of teens (46%) believe the economy is getting worse, according to a new survey published by investment bank Piper Sandler, while only 25% believe it’s getting better. Just 22% of teens hold a part-time job, which is the same percentage reported in fall 2020 but below spring 2020 levels of 37%. None of that is stopping Generation Z from spending money, though — especially on food, clothing and accessories, according to the study.

The 41st Semi-Annual Taking Stock with Teens Survey from Piper Sandler polled 7,000 high-school students across the country, with an average age of 16.1 years old. Almost half (48%) of participants hailed from the South, with 22% in the Midwest, 20% in the West and 10% in the Northeast.

The study discovered some changes in spending habits compared to the fall, when state-mandated lockdowns were still in nearly full force across the country. In the fall, teens reported spending 21% of their income on food; this month, they reported spending 23% of their money on food, with Chick-fil-A listed as their favorite restaurant, claiming 18% of teen market share. Starbucks came in second at 12%, just ahead of Chipotle at 11%.

See: A Look at Gen Z’s Financial Habits, From Spending to Saving and More
Find: How Gen Z Plans to Avoid Student Loans

Food purchases still haven’t reached pre-pandemic levels of 25%, though. That could be because more teens are eating lunch provided by their schools, with in-class participation up to 29% compared to 24% last fall. Forty-two percent of teens remain fully virtual, however.

A return to school for many means renewed interest in clothing and accessories, especially handbags. Handbag spending rose by 4% year-over-year, the survey said. Spending on clothes for teen girls rose 9% year-over-year.

See: The Best Money Experts for Each Generation
Find: These Are the 15 Best Cities for Gen Z to Live Well on a Budget

When teens shop, they are turning to Amazon, mostly, with 56% naming it as their top shopping website. Clothing destination site Shein came in second with just 7% of teen’s votes. Teen girls are primarily shopping at Ulta (46%), Sephora (24%) and Target (9%) for beauty products, including skincare and cosmetics. And they prefer Tarte and the affordable e.l.f. for cosmetics (10% for both), and CeraVe for skincare, with 35% of teens naming it as a favorite.

When it comes to fashion and footwear, Nike remains the number one brand for today’s teens.

It may be no surprise that Snapchat remains the favorite Gen Z social media platform (31%), followed closely by TikTok (30%), and then Instagram (24%).

Netflix remains the top-rated platform to watch videos, with 32% of Gen Z market share based on the survey, but YouTube isn’t far behind at 31%. Hulu earned 8% of the votes, but other platforms, like Amazon Prime, increased their percentages since the fall, the survey says.

See: How to Make Money on TikTok — 7 Effective Ways
Find: Baby Boomers, Gen X or Millennials — Who Really Had It Worst Financially?

Although Gen Z is recognized as tech-savvy and eager to embrace digital solutions, more teens named cash as their preferred method of payment than any other, followed by Apple Pay.

One surprising stat that may speak to the future of investment? Nine percent of teens — 81% of them male — said they have traded Bitcoin in the past six months.