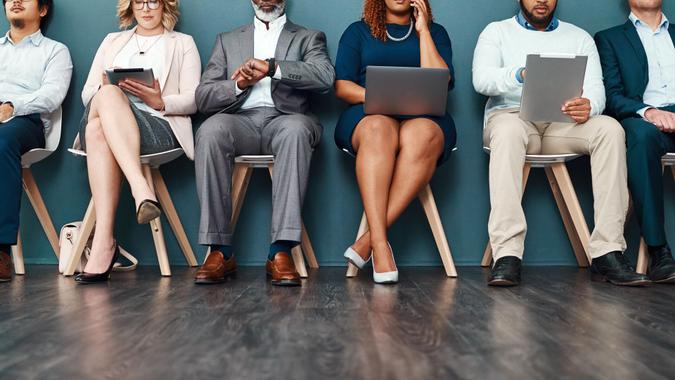 For the week ending March 5, the advance figure for seasonally adjusted initial claims was 227,000, an increase of 11,000 from the previous week’s revised level, according to the Labor Department.

See: The Effect of Stimulus and Increased Unemployment Payments on the Economy in 2022
Find:10 Things To Know Before Filing Taxes If You Collected Unemployment Last Year

The previous week’s level was revised up by 1,000 to 216,000 from 215,000, the Labor Department said. Economists polled by The Wall Street Journal had forecast initial jobless claims to total a seasonally adjusted 216,000 for the week, according to MarketWatch.

While the figures are slightly higher than the previous week, to put it in context, claims were at 734,000 the corresponding week last year, according to Labor Department data.

New York, California and Kentucky saw the largest increases in claims for the week, according to Labor Department data.

Also reflecting encouraging signs, despite a tight labor market, total nonfarm payroll employment rose by a surprisingly strong 678,000 in February, the Bureau of Labor Statistics reported on Friday, March 4. This was well above the 440,000 jobs economists forecasted, as GOBankingRates previously reported.

Ashley Paterson, CEO of Healthy Hippo, told GOBankingRates that “we are starting to see a pattern of employment growth and a healthy increase in employment numbers in the last few months.”

“This is good news because it gives business owners a sense of hope that we are on our way to the ‘new normal.’ I am hopeful that the numbers of employment will continue to increase given that we have moved on from the disease shock,” she said.