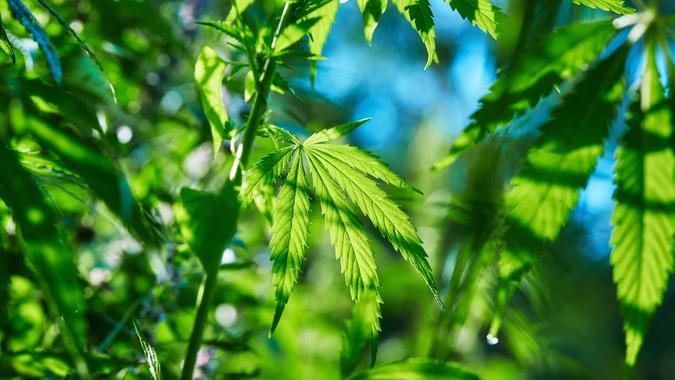 Virginia lawmakers passed a bill Saturday that will authorize the use and sale of marijuana, but not quite yet, as it will be enacted on January 1, 2024.

See: Marijuana Investing – How to Navigate the Opportunities and Pitfalls in This Budding Industry
Find: What States Will Make from Marijuana Legalization

“Today, the House & Senate took a strong step in legalizing the sale and possession of marijuana here in the Commonwealth. This legislation will make our criminal justice system fairer and help end the targeting of black and brown communities over the possession of cannabis,” Democratic state House Speaker Eileen Filler-Corn tweeted Saturday. “It will also begin the creation of the infrastructure needed for the sale of cannabis in the Commonwealth; raising revenue for essential services and undercutting illegal sale.”

Virginia joins 15 states and the District of Columbia in legalizing marijuana, and it is the first Southern state to legalize it, according to NBC.

The bill will eliminate criminal penalties for simple possession of marijuana, modify several other criminal penalties related to marijuana and provide for an automatic expungement process for those convicted of certain marijuana-related crimes, according to the text of the bill.

See: 30 Amazing Jobs That Didn’t Exist a Decade Ago
Find: Have You Heard of the Bachelor Tax? This and Other Outlandish Taxes Over the Years

It will also create the Virginia Cannabis Control Authority and establish a regulatory structure for the cultivation, manufacture and wholesale and retail sale of retail marijuana and retail marijuana products. In addition, it contains social equity provisions that, among other things, provide support and resources to families and communities that have been historically and disproportionately affected by drug enforcement. The bill has staggered effective dates and allows retail marijuana sales to begin on January 1, 2024, according to the text of the bill.

However, some, including the Virginia American Civil Liberties Union, are not satisfied with the bill, saying it should go further and calling for it to be enacted now, not in 2024. The ACLU says that the bill would “create new crimes that would punish youth more harshly than adults, make possession in a vehicle a crime subjected to disparate enforcement and keep marijuana prohibition in place until 2024.”

The ACLU Virginia says on its website that marijuana legalization is a hot-button issue in Virginia politics. “This conversation shouldn’t be focused on people who want to enjoy recreational marijuana. It must focus on the hundreds of Black and Brown Virginians who are suffering the lifelong consequences of the war on drugs — gaining access to stable employment and housing, or bouncing in and out of the criminal legal system, because marijuana laws have been used as a weapon against Black and Brown people for decades,” according to the website.