Will Oil Prices Go Up this Winter? Analysts Say Yes 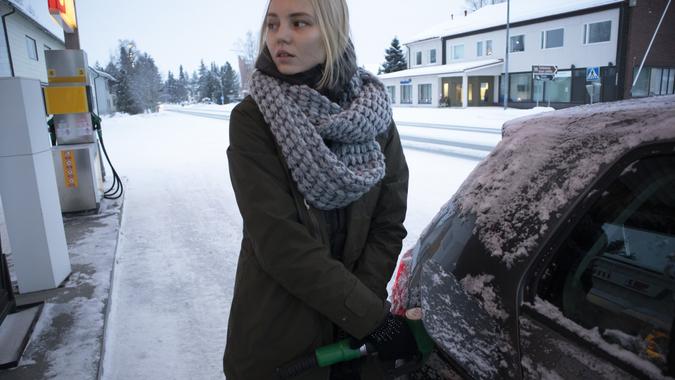 The recent decline in oil prices that led to a similar dip in the price of gasoline have given consumers reason to smile during an otherwise grim summer of historically high inflation. Come winter, however, those prices could shoot back up again.

Learn: 10 States With the Highest Gas Taxes
Find: This Credit Score Mistake Could Be Costing Millions of Americans

Although oil and gas prices are expected to continue weakening over the near term, the market is expected to tighten considerably during the cold months, OilPrice.com reported, citing recent comments from Amrita Sen, chief oil analyst at Energy Aspects.

In a conversation earlier this month with Bloomberg Surveillance, Sen said the price of oil should return to around $120 a barrel over the winter. That’s well up from current prices of $9.56 a barrel for WTI crude and $101.40 a barrel for Brent crude, according to OilPrice.com data published early on Aug. 29.

In the Bloomberg interview, Sen said demand for oil and gas remains strong even as prices have rapidly declined in recent weeks. The national average for a price of gasoline dropped to $3.850 a gallon early on Aug. 29, according to AAA — down from $3.901 a week prior and $4.255 a month prior. Prices have fallen by nearly one-quarter since hitting an all-time high of $5.016 a gallon on June 14, 2022.

Sen said she doesn’t expect a “sudden increase” in prices due to upcoming seasonal refinery maintenance, but by the time winter hits, she expects supply to become “very, very tight.”

One problem is that releases from the U.S. Strategic Petroleum Reserve (SPR) are scheduled to stop on Nov. 1, 2022. In March, the Biden administration ordered the release of 1 million barrels per day from the country’s emergency crude supply as a way of lowering gas prices. The SPR recently hit its lowest level in nearly four decades, OilPrice.com reported, citing data from the U.S. Department of Energy.

Meanwhile, on Dec. 1, 2022, the European Union is slated to implement an embargo on Russian crude, which will tighten globally supplies even further.

“The market is going to tighten up very, very quickly,” Sen told Bloomberg.

Explore: The Best and Worst Days of the Week To Buy Gas
Compare: 7 Easy Ways To Save On Groceries, Gas & More Amid Continued Inflation

Sarah Emerson, president of ESAI Energy, offered a similar assessment in a recent interview with The New York Times, saying that while oil prices could move lower in the near term, “that is not to say prices won’t go back up.” She pointed to the coming end to the drawdown of the strategic reserve, as well as the possibility that Europe will substitute oil burning for natural gas in the event of a cold winter.