24% of Unemployed Americans Haven’t Worked in a Year 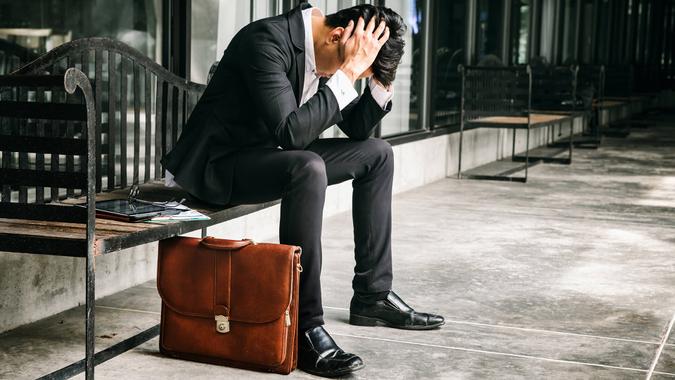 Despite job growth and other signs of economic recovery, nearly a quarter of all unemployed Americans have been out of work for at least a year.

See: Do You Think the Minimum Wage Should Be $15? Take Our Poll
Find: What the Unemployment Rate Means for You and the Economy

In March, nearly 2.4 million Americans were unemployed 52 weeks or longer, according to data released by the Bureau of Labor Statistics and reported by CNBC. The long-term unemployed made up 24% of the 9.9 million without a job last month.

The federal government has extended and raised weekly unemployment benefits. President Joe Biden signed the $1.9 trillion American Rescue Plan, which provides a $300 bonus to state benefits through Sept. 6. However, not everyone qualifies for assistance.

Even with these extensions, long-term unemployment can have long-term effects on your career, financial stability and mental well being.

See: Long-Term Unemployment Is Uniquely Hard on Asian-Americans
Find: How the Biden Presidency Will Impact the Economy by the End of 2021

According to a new Pew Research Center analysis of government data, job seekers are becoming increasingly discouraged and choosing to leave the labor force entirely. “About 529,000 Americans were classified as discouraged workers in February 2021, 100,000 more than the number one year ago,” Pew reports.

Long periods of unemployment aren’t only dangerous from a financial perspective. Based on an analysis of unemployment during the Great Recession, unemployed individuals are more likely to experience increased levels of anxiety, depression and hopelessness, according to the Gallup-Healthways Well-Being Index.

See: 93% of Americans Are Optimistic About Their Finances — Why You Should Be Too
Find: US Adds 916,000 Jobs in March — Strongest Gain Since Summer

While immediate health concerns are being addressed as more Americans are being vaccinated, there are still questions about the longer-term economic recovery.

There have been signs of improvement in the U.S. labor market as the unemployment rate dropped to 6% in March and 916,000 jobs were added, according to the BLS. However, this stretch of joblessness for many Americans highlights the unequal “K-shaped” recovery, CNBC noted.

Slow growth for the long-term unemployed is troublesome. “There’s a massive hole to fill,” said Heidi Shierholz, a former chief economist at the Department of Labor, as quoted by CNBC.