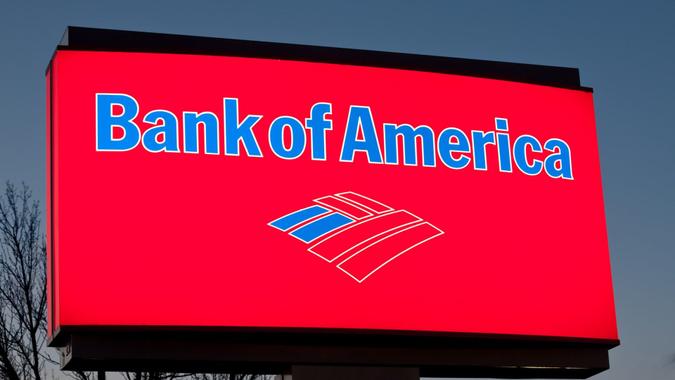 Bank of America announced that it is raising its minimum wage to $25 an hour by 2025, up from $20 an hour, in recognition of the need to attract workers. The announcement followed about a month after the banking firm announced record first-quarter profits, according to USA Today.

See: Teens Can Expect Plenty of Job Opportunities This Summer, and Wages Are Up
Find: Despite Sign-On Incentives, Restaurants Are Struggling to Find Workers

In addition to an increase in the minimum wage for employees, Bank of America also requires any vendor employees working on bank-related business to pay them at least $15 per hour.

Anecdotally, employers around the country have reported that it is difficult to hire workers, especially for minimum-wage positions. Much of the blame has been put on stimulus payments and increased unemployment benefits. It’s easy to forget that the U.S. had very low unemployment before the pandemic began. The unemployment rate was 3.5% in December of 2019, a 50-year low, per the U.S. Bureau of Labor Statistics.  Wages had not increased much to reflect this, but the Society of Human Resources Management was expecting pay raises to follow in 2020. History intervened, as it does.

The federal government has been debating a $15 an hour minimum wage. Many states and municipalities have already increased pay requirements above the national $7.25 minimum.

See: Amazon Is Hiring 75,000 Workers, and You’ll Get $100 If You Show Proof of Vaccination
Find: Employees Would Rather Work from Home Than Get a Raise

Bank of America hasn’t been the only employer forced to raise wages. McDonalds has raised their rate to $15 an hour for company-owned restaurants, while Amazon and Chipotle have raised rates and are offering incentives to new hires.