Teens Can Expect Plenty of Job Opportunities This Summer, and Wages Are Up 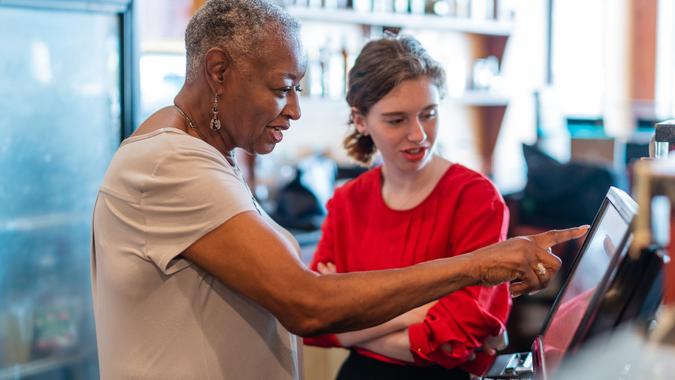 While hiring rates were lower than expected in April, teens looking for summer jobs might have better luck. Youth unemployment rates are beginning to decline after a jump due to the pandemic.

“Retailers, quick-service restaurants, and amusement parks are looking for workers right now and many are having a hard time finding them, despite the 8.4 million Americans who are out of work,” said Andrew Challenger, senior vice president of Challenger, Gray & Christmas, Inc. The first executive outplacement firm in the U.S., Challenger predicts 2 million jobs to be gained by teens this summer.

The biggest hiring gains were seen in the leisure and hospitality industry as restrictions continue to be lifted. Demand for workers is also increasing hourly wages. CNBC noted that last month, average hourly earnings increased from the March level.

See: Is College Still Worth It — Which Degrees Are Still Worth the Investment?
Find: The 10 Best Money Experts to Watch on TikTok

“For teens inclined to work this summer, my sense is there’s generally tremendous opportunity given the challenges employers report in trying to find qualified workers,” said Mark Hamrick, senior economic analyst at Bankrate.com, as reported by CNBC.

However, CNBC also indicated that teenagers are less likely to be looking for work, based on data from the Hamilton Project and Brookings Institution. This data shows that teen labor force participation peaked in 1979, when over 60% of American teenagers were employed. Today, only 35% of teens between the ages of 16 and 19 are working.

“The employment situation overall is trending up as we enter this new phase of job recovery. Teens will benefit, as will likely all job seekers, as the light at the end of the tunnel comes closer,” said Challenger.