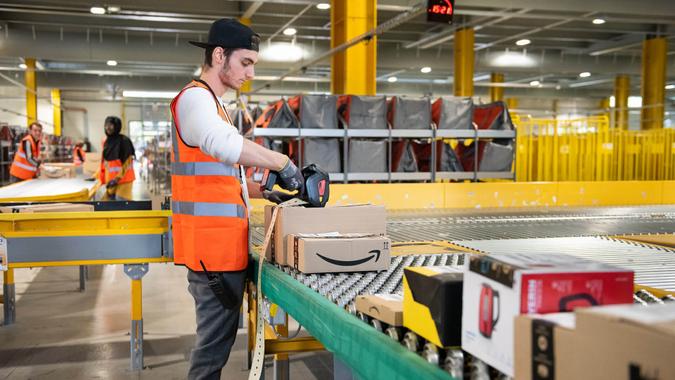 Amazon said yesterday it is hiring 75,000 workers, and new hires who show proof of their COVID-19 vaccination will receive a $100 bonus.

See: Majority of US Employers Will Require Workers’ Vaccination, Survey Finds
Find: The Top Company Hiring Now in Each State

“We look forward to hiring 75,000 associates across our fulfillment and transportation network,” Alicia Boler Davis, Amazon’s vice president of Global Customer Fulfillment, said in a statement. “Working at Amazon also comes with an unwavering commitment to safety, especially as we continue to navigate a global pandemic. In addition to the great pay and robust benefits available to new hires starting on their first day, we’re offering a $100 benefit to new hires who come to Amazon already vaccinated for COVID-19.”

The move comes as many companies across the U.S. are increasingly having a hard time finding employees. Several critics as well as Republicans argue that the $300 weekly payments the unemployed receive on top of their state benefits are keeping workers from re-entering the labor market. In addition, many employers say they can’t find enough workers to meet surging demand, limiting production.

Companies including Chipotle and McDonald’s have announced wage hikes in recent days to attract employees, according to CNBC.

See: More States Move Toward Ending Federal Unemployment Benefits Early — Is Yours One of Them?
Find: 10 Big-Name Companies Hiring for the Summer

Amazon said that it has recently announced pay increases across its fulfillment and transportation networks, and these open roles offer an average starting pay of more than $17 per hour.

In addition, the company offers sign-on bonuses of up to $1,000 in many locations. The locations with the most open roles include Arizona, California, Colorado, Georgia, Illinois, Kentucky, Maryland, Michigan, Minnesota, New Jersey, Pennsylvania, Tennessee, Washington and Wisconsin.