Because of COVID, Gender Gap Will Take 135 Years To Close, WEF Says 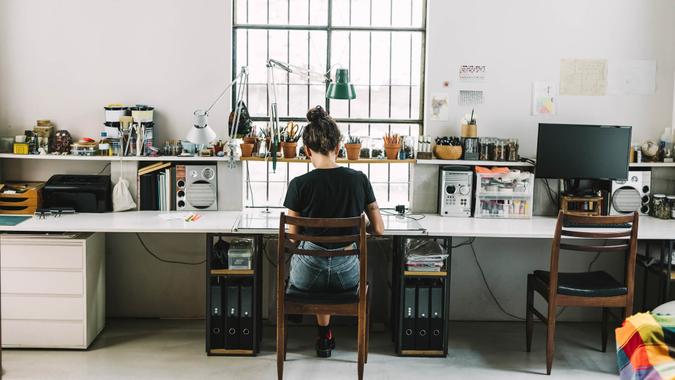 As the impact of the COVID-19 pandemic continues to be felt, closing the global gender gap has increased by a generation from 99.5 years to 135.6 years, according to a new World Economic Forum report.

See: A ‘Staggering’ 2.6 Million Women Have Left the Workforce Since the Pandemic Started
Find: The Gender Wage Gap Through the Years

The new report notes that progress toward gender parity is stalling in several large economies and industries, partly due to women being more frequently employed in sectors hardest hit by lockdowns combined with the additional pressures of providing care at home.

“The deterioration in 2021 is partly attributed to a widening political gender gap in several large population countries. Despite over half of the 156 indexed countries registering an improvement, women still hold only 26.1% of parliamentary seats and 22.6% of ministerial positions worldwide. On its current trajectory, the political gender gap is expected to take 145.5 years to close, compared to 95 years in the 2020 edition of the report, an increase of over 50%,” the report says.

Gender gaps in education and health are nearly closed. In education, while 37 countries have reached gender parity, it will take another 14.2 years to completely close this gap due to slowing progress. In health, over 95% of this gender gap has been closed, registering a marginal decline since last year.

The report found that Iceland is the most gender-equal country in the world for the 12th time. The top 10 countries include Finland, Norway, New Zealand, Sweden, Namibia, Rwanda, Lithuania, Ireland and Switzerland.

See: Gender Pay Equity Is More at Risk Than Ever During the Pandemic
Find: Nearly 200 Business Leaders Press Congress To Expand Family and Medical Leave

“The pandemic has fundamentally impacted gender equality in both the workplace and the home, rolling back years of progress,” Saadia Zahidi, managing director at the World Economic Forum, said in a statement. “If we want a dynamic future economy, it is vital for women to be represented in the jobs of tomorrow. Now, more than ever, it is crucial to focus leadership attention, commit to firm targets and mobilize resources. This is the moment to embed gender parity by design into the recovery.”

The pandemic has affected women the most, as they lost their jobs at higher rates: 5% versus 3.9% among men, according to the International Labor Organization, cited in the report. Data from the United States also indicates that women from historically disadvantaged racial and ethnic groups are worst affected.

Underpinning these figures is what the WEF calls a more severe “doubleshift,” which it describes as the overlap of work responsibilities and care –housework, childcare and eldercare — responsibilities which have intensified during the pandemic.

“While there is some indication that men have increased their contribution to unpaid work in the household since the outbreak of the pandemic, such responsibilities still disproportionately fall on women,” the report notes.

“Achieving gender parity is an issue that all executives need to focus on reaching within their own organizations,” Shahar Erez, CEO of freelance management platform Stoke Talent tells GOBankingRates. “While we often talk about pay discrepancies for full-time employees, the divide runs deeper than that. For example, at Stoke Talent, we found that female freelancers are paid 71 cents on every dollar earned by men for all project completions in the freelance relationships,” Erez adds.

See: Here’s How Much Men vs. Women Earn at Every Age
Find: Women’s Savings Are Shockingly Low — Inside the Gender Money Gap Made Worse by COVID-19

In addition, as the job market is starting to bounce back, the WEF report underlines  LinkedIn data showing that women are being hired at a slower rate in multiple industries, and are also less likely to be hired for leadership roles, resulting in a reversal of up to two years’ progress.

“We have also seen that there’s a distinct gender divide in the types of work males and females are getting — where men are leading the way in higher-paid roles — which is based on the experience each candidate brings to the table,” Erez says. “Companies must give all applicants — freelancers and full-timers — equal opportunity in order to close this gap and tighten this timeline for achieving parity.”

The emerging jobs sector has a very low representation of women: in cloud computing, women make up 14% of the workforce; in engineering, 20%; and in data and artificial intelligence, 32%.

“Women aren’t well represented in the majority of fast-growing roles, which means we are storing up even bigger gender representation problems as we emerge from the pandemic,” Sue Duke, head of global public policy at LinkedIn, said in a statement. “Companies and governments need to build diversity, equity and inclusion into their plans for recovery. Assessing candidates on their skills and potential, and not just their direct work experience and formal qualifications, is central to that. Skills-based hiring is key if we’re going to make our economies and societies more inclusive,” she added.