After all the campaigning and money spent, the 2018 midterm elections are over and the results are in: In the Senate, Republicans held onto control and even picked up seats from the Democrats. Meanwhile, all 435 seats in the House of Representatives were up for grabs. Although there are still some elections to be finalized and remaining votes to be counted, Democrats have taken control of the House of Representatives.

A recent GOBankingRates study found the best-paying positions in U.S. Congress. Salary data was gathered from a report by the Congressional Research Service.

Read on to find out which member of Congress gets paid the most.

Top-Paying Jobs in US Congress

One of the best ways to convey how much congressmen and congresswomen make is by comparing their salaries to what the average American earns. According to the U.S. Census Bureau’s latest data, the median household income is $60,336.

That means the best-paying job in Congress earns a little less than quadruple the American median income, with the speaker of the house taking home a cool $223,500. After the 2018 midterm elections, President Donald Trump actually tweeted his support for House Minority Leader Nancy Pelosi to be speaker of the house:

In all fairness, Nancy Pelosi deserves to be chosen Speaker of the House by the Democrats. If they give her a hard time, perhaps we will add some Republican votes. She has earned this great honor!
— Donald J. Trump (@realDonaldTrump) November 7, 2018 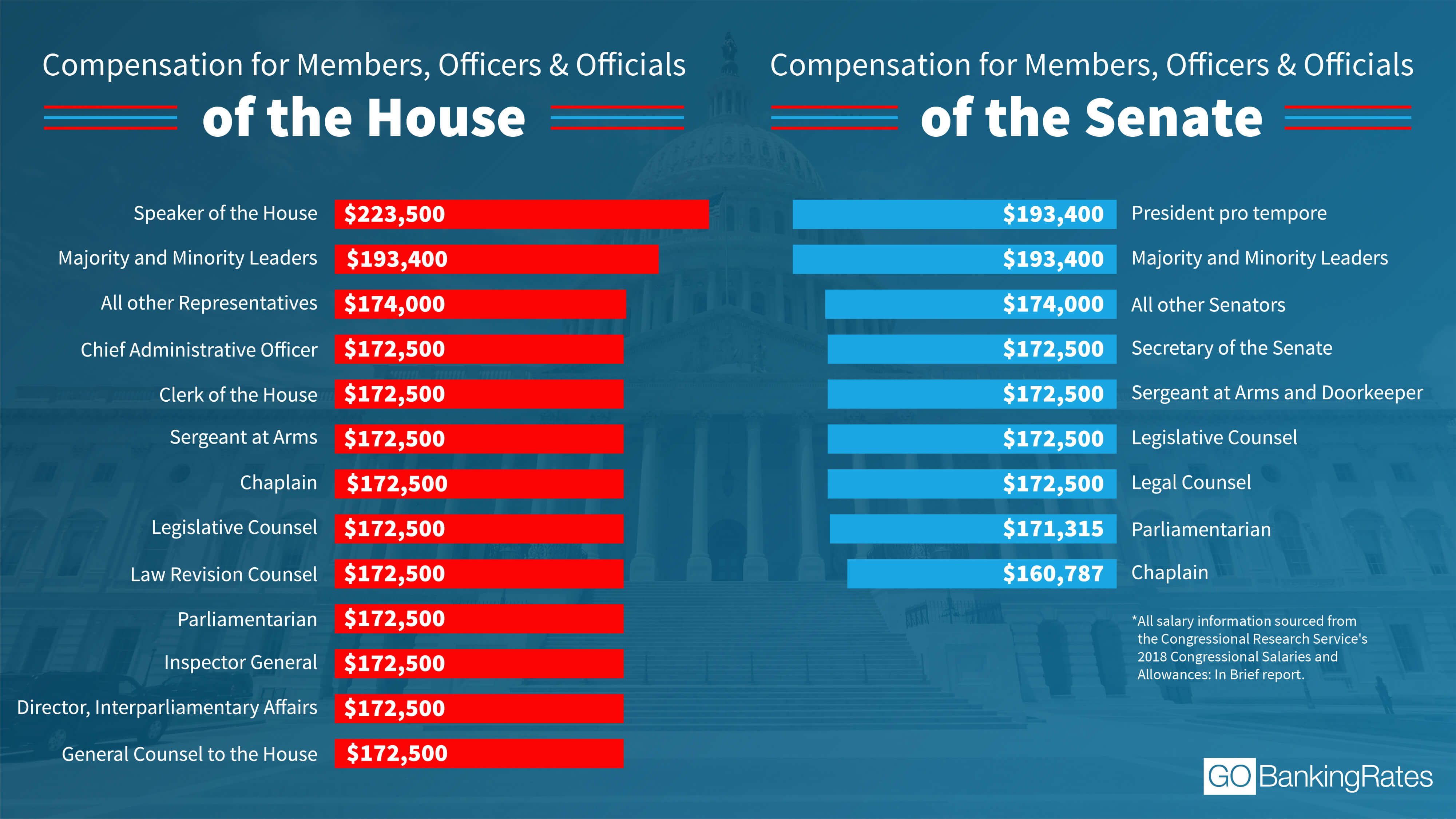 See Why: You’re Probably Richer Than These Members of Congress

Rep. Beto O’Rourke put up a major challenge to Sen. Ted Cruz’s bid for re-election in the Texas senatorial race. In the end, Cruz held off the challenge, maintaining Texas as a red state. Elsewhere, Republicans picked up Senate seats in Indiana, Missouri and North Dakota.  As with, all other representatives and senators, Cruz earns $174,000 a year, easily three times the U.S. median income. In fact, the average pay for U.S. congressmen is more on par with the incomes of the wealthiest congressional districts in the country.

Even if you’re not an elected representative or senator, you can make quite a nice living in Congress. For example, clerk of the house — the official record-keeper of the House of Representatives — makes an impressive $172,500, as does the congressional chaplain.

Find Out: How The Dem House Will Impact Your Taxes

One of the lowest-paying of the best-paid congressional jobs is that of parliamentarian of the house. What does this British-sounding role do? According to the House of Representatives website, the office of the parliamentarian gives nonpartisan guidance on rules and procedures. They have been appointed by the speaker of the house in every Congress since 1927, with their political party affiliation being largely irrelevant.

Check out the full list of all the highest-paying jobs in Congress.

Click through to see how political conditions affect the stock market.

We make money easy. Get weekly email updates, including expert advice to help you Live Richer™.
Methodology: All salary information sourced from the Congressional Research Service’s 2018 Congressional Salaries and Allowances: In Brief report. 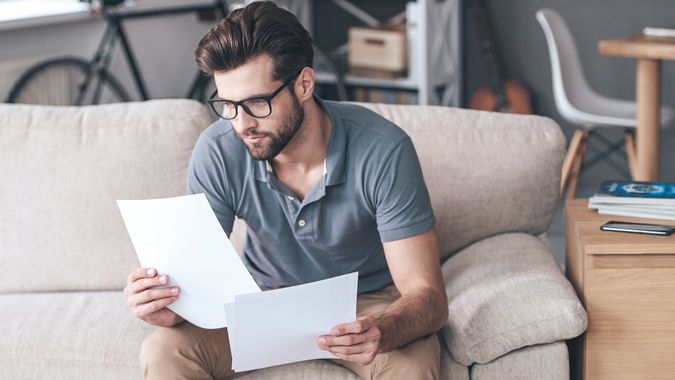 How to Read a Pay Stub