Understanding Pre- and Post-Tax Deductions on Your Paycheck 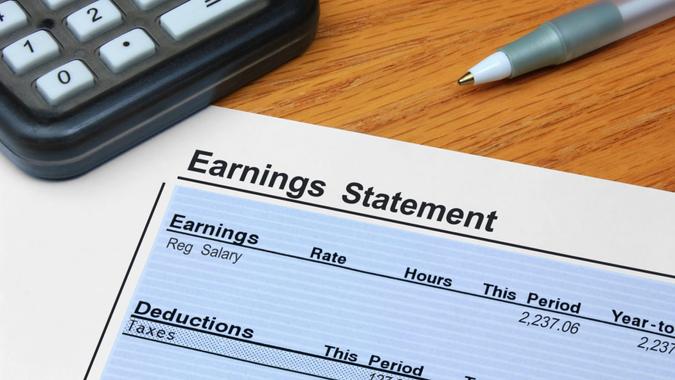 Good To Know: Unplug These Appliances That Hike Up Your Electricity Bill
See: What Income Level Is Considered Middle Class in Your State?

Your employer withholds money from each paycheck to give to the IRS on your behalf to cover your income taxes and Medicare and Social Security payments — but taxes aren’t the only thing that can shrink your check before it ever hits your bank account.

Your employer can — and sometimes must — withhold money from your paycheck for a variety of reasons, and whether that happens before or after the taxman gets his bite can have a big impact on your financial life.

Many of these deductions are voluntary, but in a few rare cases, employers are required to accurately withhold a portion of their workers’ checks.

How Well Do You Know Your Money? Take Our Quiz and Increase Your Financial Literacy

Employers withhold money from their employees’ paychecks for all kinds of reasons, mostly to pull their contributions to the benefits programs they’re enrolled in. Among the most common pre-tax contributions are:

Some deductions are made after the employee’s taxes have already been withheld. Among the most common are:

Some deductions on the list, like life insurance and disability insurance, might also be taken out as pre-tax deductions depending on how the employer’s benefits program is structured. Other deductions, like union dues and Roth retirement contributions, must be taken out after taxes have been paid.

Wage Garnishments Are in a Class by Themselves

All of the post-tax deductions in the last section are voluntary deductions. One deduction, however, must be withheld on a post-tax basis and is never voluntary — wage garnishments. Wage garnishments happen when a court orders an employer to withhold a portion of an employee’s paycheck and remit it to the person or creditor to whom the employee owes an unpaid debt.

Among the most common wage garnishments have to do with:

In most cases, federal law allows creditors to garnish up to 25% of a worker’s wages. The IRS, however, plays by a completely different set of rules than creditors and the recipients of alimony and child support.

First of all, the IRS doesn’t need a court order — it can simply command an employer to begin garnishing an employee’s wages. Second, unlike the rest, the IRS isn’t limited to a percentage of your check — the agency is limited only by the amount of money that it’s required to leave taxpayers after garnishing their wages. Finally, federal tax liens take priority over all other creditors in almost all situations — if there’s a line, the IRS usually elbows its way to the front.

The Consumer Credit Protection Act prohibits employers from terminating workers over a single wage garnishment, even if there are multiple levies or proceedings brought to collect it. A second garnishment, however, is a fireable offense.