Although any issues with a deceased family member’s estate can be troubling, inheritance disputes between siblings or other family members — such as contesting a will — can wreak irreparable havoc on relationships. Initial feelings of grief and loss can evolve into anxiety or even worse: anger and mistrust.

GOBankingRates gathered advice from a variety of people, including professionals like estate attorneys, to find out some of the most common difficulties involving family inheritances, as well as solutions to handle them. Family deaths are difficult in and of themselves and shouldn’t be the source of extra financial and emotional pain.

When the Executor Fails to Preserve the Value of the Estate

Lesley Gamwell, senior manager of communications for the Rountree Group, experienced firsthand what it was like to be at the mercy of an executor of a will who disregarded her duty to preserve the value of the estate.

When Gamwell’s mother died, her sister was the sole executor. Unfortunately, Gamwell’s sister decided to try to sell their mother’s condo at an inflated price.

“…it took nearly four years to settle the estate, as my mother’s house was priced NOT to sell (my brother and I weren’t informed) despite comparables of larger condo units than hers, selling for lower than my sister’s asking price,” Gamwell said.

The final result was that the property ultimately sold for over $100,000 less than the purchase price. “My mom paid an estimated $320,000 on her condo in a country club community,” she said. “Four years later, my sister sold it for $187,000. The only good thing about that was the sale finally enabled the estate to be closed.”

Unfortunately, estate disputes between siblings often have ramifications for years after the estate is settled. For example, Gamwell’s brother was so upset over the way the estate was handled he estranged himself from the family. “When a will becomes an issue, it can radically change a family’s dynamic, no matter how close the family was beforehand,” Gamwell said.

Anthony S. Park, a New York professional executor and attorney, says that heirs trying to turn a profit from an estate is not uncommon. “People love the idea of profiting from real estate, and estates are no different. [For example,] heirs often make unrealistic ‘offers’ to buy estate property below market price or demand that estate funds be used to renovate to increase the sale price,” said Park.

“How can the other heirs prevent these bad ideas? Remind the executor that it’s her duty to preserve the value of the estate, not attempt speculative increases in value,” Park said.

Find Out: What Is the Death Tax?

When the Executor Appears Biased

Although state laws can vary regarding unfair executor conduct, common examples include showing favoritism, which can infringe on the inheritance rights of siblings or other beneficiaries and result in all sorts of complications.

“The most common [reason] for in-fighting among heirs is the appearance of bias,” said Park. “Say Uncle Bob is the executor of dad’s estate, but he’s very close with John. Their families go on vacation together, they’re on the same softball team and so on. Even if Bob does everything humanly possible to remain neutral, John’s siblings will suffer from creeping doubts about favoritism toward John. These doubts can grow into full resentment or even courtroom fights.”

If it seems like there might be issues with perceived — or real — favoritism on the part of the executor, sometimes it’s just best to opt out entirely and find a neutral party.

“Bob may decline the position of the executor, to keep the family harmony,” said Park. “The court will instead look to any backup executors named in the will, or the heirs can nominate an independent professional executor instead.”

Check Out: The Top 15 Strangest Inheritances

When a Beneficiary Steals Estate Items

Unfortunately, sometimes a beneficiary takes money or assets — either intentionally or unintentionally — from an estate before it is distributed to the heirs.

For example, a beneficiary might withdraw money from the deceased’s bank account without intending to replace the funds, citing some debt they are owed. Or he or she might sell assets from the estate knowing he doesn’t have the proper authorization from the executor. This can be common if someone perceives specific assets as “theirs” prior to any settlement being reached. However, a beneficiary might also be clueless about how probate works and access money or investments before they are legally transferred to him. Either way, theft of estate property can result in criminal charges and a civil lawsuit by the executor.

It’s impossible to stop every estate theft — some families will have a bad egg who is desperate for money. But Bradley Bailyn, a New York City attorney and founder of The Bailyn Law Firm, suggests that families minimize the risk by getting organized and keeping track of the deceased’s assets from the beginning.

“Someone should inventory the assets of the estate every so often just in case something happens, [so] everyone knows what is available for distribution,” he said. “[It’s] better to keep valuables in a safe or deposit box with a code that everyone gets at the same time, so nobody gets to raid the place.”

When Siblings at Odds Inherit a Piece of Property Together

When a parent who is striving to be fair drafts a will, he might endeavor to divide his property equally among his children. Unfortunately, a fair and equitable distribution on paper doesn’t necessarily equal harmony among heirs. Siblings often fight over shared property even when they already do get along, let alone when there are pre-existing tensions.

“Parents frequently bequeath a piece of property to their children either as a joint tenancy or tenancy in common, whereby each individual owns a share (or interest) of the entire property. This means that the property is not owned by any one individual, but instead, is shared as a whole,” said David Reischer, Esq. attorney and CEO of LegalAdvice.com.

It’s rare for some people to find a business partner or team member that they work well with, which is why good partners are so valuable. But when you throw a sibling relationship in the mix, something like managing a property together can be even harder to navigate. Past disputes, differences in income levels or priorities can create an atmosphere that makes shared property untenable. Instead of letting it worsen an already bad relationship or ruin the chance of reconciliation, try getting rid of the problem altogether.

Learn About: States With Inheritance Tax

When Co-Executors Disagree on How the Estate Should Be Administered

When more than one person is named as executor of an estate, they are called co-executors. A parent might do this to avoid the appearance of favoring one child over another, but this can result in more problems than it fixes.

Co-executors must be able to agree on all decisions and actions that have to do with the estate, including transferring assets. The result, however, could be co-executors who can’t agree, which can delay the settlement of the estate.

“In these situations, it may make sense to have one party decline to serve or resign, allowing the estate to be administered in a more efficient manner by one individual,” said Kelly Dancy, estate-planning and estate administration attorney at Walny Legal Group.

But nobody might be willing to step down. In that case, Dancy said that she and her colleagues encourage the parties at odds to work out their issues on their own to save time and money. If they need help, they can both meet with a professional mediator to express their concerns and work toward a solution using a neutral party. And if mediation doesn’t work, it’s time to get a lawyer involved. A lawyer can help administer the estate correctly while protecting the inheritance of all of the beneficiaries.

When all else fails, disputes can be handled by the courts. This is costly and time-consuming and will likely do nothing to save your relationships, so make sure it is kept as a last resort.

Even if you do manage to peacefully settle your family’s estate, don’t forget about the government. Click through to read about which states impose an inheritance tax. 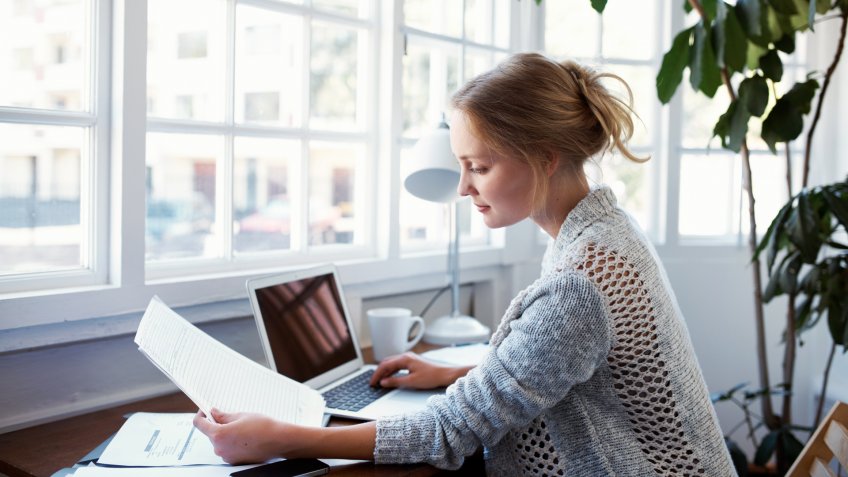 An estimate helps for budgeting and health insurance.