As if losing a loved one weren’t hard enough, you might also have to add “death tax” on the property that you receive from the estate — depending on where you live — in addition to all the other costs of death.

Learn: How To Reduce Your Estate Taxes

First off, what is inheritance tax? The answer varies based on the laws in each state, so consult an attorney or accountant in your state to find out exactly how your inheritance will be taxed.

Which States Have Inheritance Tax

Here are the six states with inheritance tax:

Check out the following table to see state taxes on inheritance, and read on to find out what you need to know about inheritance tax so you can better understand complex death-related expenses.

How Much Is Inheritance Tax?

Inheritance taxes vary from state to state, including which transfers are exempt from estate taxes entirely. For example, Pennsylvania exempts not only transfers to spouses and charities, but also children under 21 years old. So, if you’re 20 and your sibling is 22 when your parent dies, you wouldn’t owe any inheritance tax, but your sibling would.

In addition, states often impose different tax rates depending on who is inheriting the money. For example, Iowa charges an inheritance tax between 5% and 10% for siblings and children-in-law, between 10% and 15% for more distant relatives, and 15% for for-profit entities. Nebraska has one of the widest ranges of inheritance tax rates, with immediate family members like children being charged just 1% on the portion of the inheritance exceeding $40,000, up to non-family members being charged 18% on the portion of the inheritance exceeding $10,000.

You’ll also find differences among the states as to which property is subject to inheritance taxes. For example, in Nebraska, the first $40,000 that you inherit is exempt from inheritance tax. Pennsylvania exempts certain transfers of farmland and agricultural property. In addition, Maryland, Iowa, Kentucky, Nebraska, Pennsylvania and New Jersey exempt life insurance proceeds when they are paid to a named beneficiary. But, in Iowa for example, if the proceeds of the policy are paid to the estate, those proceeds are subject to tax. New Jersey also exempts certain payments from state and federal government retirement plans.

See: Major Tax Changes for 2021 You Need To Know About

Because both are paid upon someone’s death, inheritance taxes and estate taxes are easy to confuse. The difference lies in who pays each tax: With an inheritance tax, the tax is paid by the people inheriting the money and the tax rate is often dependent on the beneficiary’s relationship to the decedent. So what is estate tax? With an estate tax, the tax is paid at the estate level prior to the money being distributed to the beneficiaries. Other than bequests to charities and a surviving spouse, which are generally exempt, estate taxes are the same regardless of who the beneficiary is.

Related: How To File Taxes for a Deceased Relative

Estate taxes are imposed in a handful of states, and those these taxes only apply to estates whose values are in the millions. If the estate is worth less than the state’s exemption limit, then no taxes are owed. As of 2021, 12 states and the District of Columbia have an estate tax, with Maryland imposing both an inheritance and an estate tax. Here are the states with estate tax:

The following table provides more details on the estate taxes imposed by each of these states. 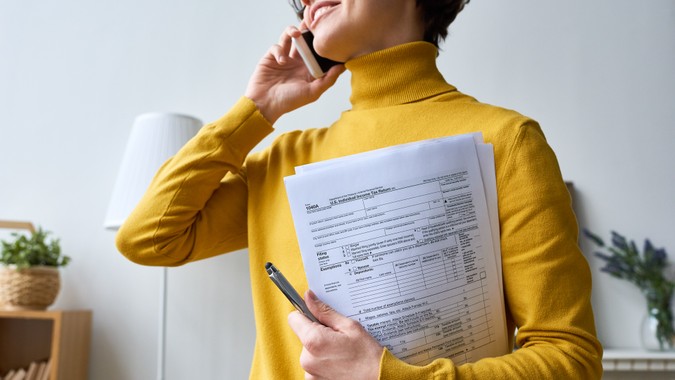