Harry and Meghan Officially Quit Their Royal Jobs For Good 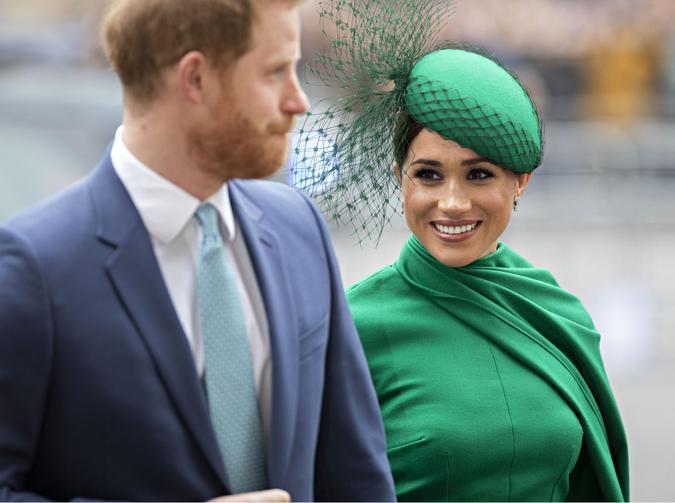 Today, while we were waiting for news about the name of Princess Eugenie’s baby, Buckingham Palace instead announced that Harry and Meghan, the Duke and Duchess of Sussex, would be officially stepping down from royal life. They will keep their titles (and probably an allowance from Prince Charles), but Harry will lose his honorary military titles and they will both lose their royal patronages as they pursue other means of support.

See: How Rich Are Harry And Meghan?
Find: Here’s How the British Royal Family Spends Their Money

The patronages include the Queen’s Commonwealth Trust, the Rugby Football Union, the Rugby Football League, the Royal National Theatre and the Association of Commonwealth Universities. They will be redistributed among the royal family members who are considered to be working (The Queen, Prince Charles and Camilla, Prince William and Kate, Prince Edward and Sophie, and Princess Anne), with the rugby patronages likely to be particularly in demand.

In response to the statement released by the Palace, Harry and Meghan stated they would remain committed to a life of service.

Prince Harry in particular has sought to have a private life. He has famously resented the press since he was a child. The death of his mother at the hands of paparazzi, revelations of his service in Afghanistan by a documentary crew, the hounding of any woman he dated and the often-racist coverage of Meghan Markle did nothing to improve his relationship with the media.

By giving up his working royal status, he can reduce his presence in public life. At the same time, it will allow Meghan to pursue her career with fewer conflicts of interest.

The charities that can choose who their patron is chose Meghan Markle and Prince Harry. They know these two get results. pic.twitter.com/Ks7EuqbrRo
— TV Fanatic????⚜️ (@TvKhaleesi) February 19, 2021

Harry and Meghan started their transition away from royal life a year ago, so this final move isn’t as unprecedented as it may seem, although most others who have left royal life have done so under scandal (King Edward VIII, Prince Andrew). In addition, the queen’s sister, Princess Margaret, Princess Anne and Prince Harry asked that their children not be given royal titles.

In the interest of full disclosure, I should note that Meghan Markle and I attended the same university 15 years apart, and our sorority houses are next door to each other, so she and I are practically best friends. Right?