Advertiser Disclosure
He’s played everything from a stoner, a stripper and a hustler who helps AIDS patients get treatment, to a football coach, detective, astronaut and lawyer. Since beginning his acting career in 1992, Matthew McConaughey has dazzled moviegoers — and occasionally, TV watchers — with his charm, good looks and his acting chops.

Both Matthew McConaughey’s net worth and his Hollywood star power have experienced a major rise since his early days in show business. The ruggedly handsome actor will turn 48 years old on Nov. 4, and he seems to be getting even better with age. Take a look at Matthew McConaughey’s remarkable career, his kids and wife and their charitable foundation — plus find out what’s next for him in the coming year.

Immense onscreen success has helped build Matthew McConaughey’s net worth to an impressive $95 million, according to Celebrity Net Worth. And he isn’t the only one in his family bringing home the big bucks.

Matthew McConaughey’s wife, Brazilian model and entrepreneur Camila Alves, boasts a net worth of $5 million. That money should go a long way in Austin, Texas, where the couple lives and raises their sons Levi, 9, and Livingston, who is almost 5, and daughter Vida, who will turn 8 in January 2017.

McConaughey got his first big acting break in the 1993 film, “Dazed and Confused.” He landed the part after meeting casting director and producer Don Phillips in a Texas hotel bar, a fact he revealed in a 2013 Newsweek interview.

Phillips introduced McConaughey to director Richard Linklater, who cast him in “Dazed and Confused.” Matthew McConaughey’s age of 23 at the time made him the perfect fit to play Wooderson, a 20-year-old still hanging out with high school kids. The movie, which also featured Ben Affleck, made $8 million on its way to becoming a coming-of-age, cult classic.

Two roles in 1996 further catapulted McConaughey into stardom, one of which was Sheriff Buddy Deeds in “Lone Star.” He also played a young lawyer who defends a black man accused of murdering the two white men who raped his 10-year-old daughter in “A Time to Kill,” based on John Grisham’s novel. “Lone Star” made $12.4 million domestically and “A Time to Kill” raked in more than $152.4 million worldwide.

More recent films include, “We Are Marshall,” “The Lincoln Lawyer,” “Magic Mike,” “Dallas Buyers Club,” “The Wolf of Wall Street,” “Interstellar” and “Gold.” He also starred on the small screen in HBO’s “True Detective” in 2014. Next up, he’ll star in the 2018 films “Serenity” and “White Boy Rick.”

McConaughey’s resume also boasts a number of successful movies, but none has been bigger than “Interstellar” in terms of box office numbers. The 2014 film — in which McConaughey plays an astronaut trying to save humanity — brought in $47.5 million during its opening weekend alone, eventually grossing $188 million domestically and $675 million worldwide, according to Box Office Mojo. The actor’s other top-grossing films include:

Related: And the Academy Award Goes to … See Actors Whose Wealth Skyrocketed After Winning an Oscar

McConaughey has gotten a great deal of attention for his Lincoln car commercials since 2014, in which he drives around musing to himself. The commercials were parody gold, and “Saturday Night Live” and “The Ellen DeGeneres Show” created popular ad spoofs.

When asked about the reaction to his Lincoln commercial work during a 2016 interview with Esquire, McConaughey made it clear that he doesn’t care what people think, adding that the ads pay well and allow him to take movie roles that aren’t as lucrative. In addition to boosting Matthew McConaughey’s net worth, sales numbers show that the commercials paid off for Lincoln, too — soon after the first one aired, Lincoln reported a 25 percent increase.

McConaughey’s advertising ambitions extend beyond his work with Lincoln. In September 2016, Wild Turkey announced McConaughey as its new creative director.

His $4 million contract with the whiskey brand made him the highest paid creative director in the business, according to Adweek. McConaughey’s creative director duties involve directing and starring in a global television, digital and print campaign.

His second Wild Turkey commercial debuted in September 2017. With McConaughey’s 48th birthday coming up on Nov. 4, the big question is: Will the “Dazed and Confused” alum make a toast with Wild Turkey?

After he finished working on “Dazed and Confused.” McConaughey started his 501(c)3 nonprofit to give back to their community. Known as J.K. Livin’, the charity focuses on providing fitness programs for youngsters from Texas to California, using cardio and games to encourage wellness, community service and nutrition.

Up Next: The Highest-Paid Actors of Hollywood Like Robert Downey Jr. 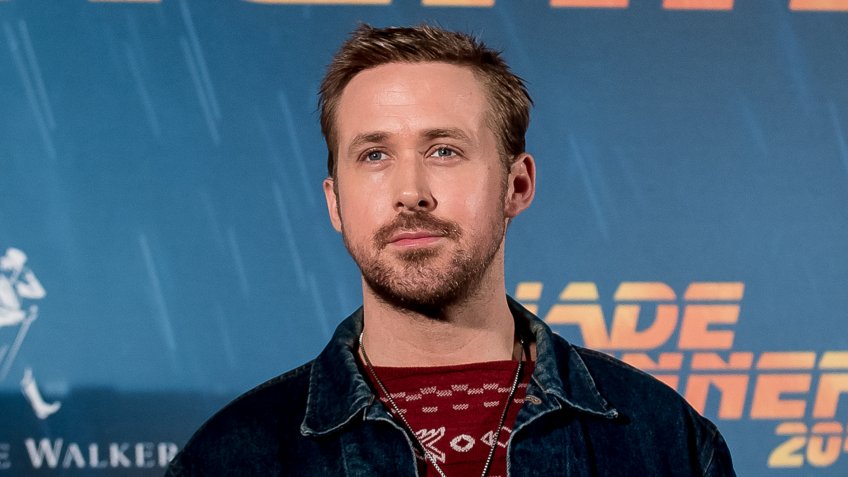