How Much Was Ray Liotta Worth Upon His Passing at Age 67? 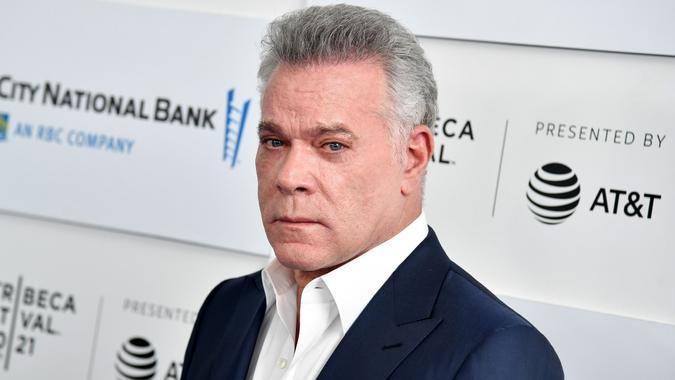 American actor and producer Ray Liotta has died. He was 67 years old.

Although known for memorable roles in “Field of Dreams” and “Something Wild,” he will be best remembered as Henry Hill, an apprentice wise guy who works his way up the crime ladder in Martin Scorsese’s 1990 mobster masterpiece “Goodfellas.”

Learn: The Richest Celebrity From Every State
Discover: Small Businesses That Celebrities Love

According to The Washington Post, his publicist, Jennifer Allen, announced the death on May 26, saying that Liotta died in his sleep Wednesday night while shooting a movie in the Dominican Republic. No other details are known at this time.

The death was confirmed by an official from the National Forensic Science Institute who said the actor’s body has been taken to the Cristo Redentor morgue in the Dominican Republic, per The Associated Press. The actor was in the country filming a drama called “Dangerous Waters,” set during a sailing holiday that spirals out of control.

In 2019, Glamour Path estimated Liotta’s net work at $15 million. According to multiple sources including Celebrity Net Worth, Liotta’s net worth at the time of his passing was closer to $14 million.

During a career that lasted over 40 years, Liotta didn’t have a blockbuster payday for any of his movies but he was a reliable and steady actor, with 126 acting credits to his name, according to IMDb. He has been particularly in demand the past twenty years, chalking up loads of roles on both the big and small screens.

In 2019, his former Pacific Palisades mansion went on the market for $5.595 million, per The L.A. Times. Liotta bought the L.A. mansion in 2003. Celebrity Net Worth also claimed the actor sold another Palisades home to Britney Spears in 2007 for $7 million.

Liotta purportedly received $50,000 to be the face of Chantix, a medication to help smokers quit. He has endorsed a number of other products throughout his career, including KFC, Apple and Tequila Silver, according to Glamour Path.

Raymond Allen Liotta was born in Newark, New Jersey on December 18, 1954 and adopted by his father, an auto parts owner, and mother, a township clerk, when he was six months old. He originally caught the acting bug in high school, but only began to take it seriously when he went to the University of Miami to study acting.

After graduation, he moved to New York and was cast in a commercial after only three days in the city, according to The Washington Post. After odd acting gigs, he moved on to television, spending three years as a regular cast member on the popular soap opera “Another World.”

Related: How Rich is Bruce Willis?

Liotta didn’t land his first film role until he was 31 years old, but it wasn’t long until he got his first memorable role in Jonathan Demme’s “Something Wild,” for which he was nominated for a Golden Globe for Best Supporting Actor.

His other roles include Shoeless Joe Jackson in “Field of Dreams,” Officer Pete Davis in “Unlawful Entry,” Officer Gary Figgis in “Cop Land,” Paul Krendler in “Hannibal” and Fred Jung in “Blow.”

In 2002, Liotta provided the voice for Tommy Vercetti in one of the most critically acclaimed and popular video games ever, “Grand Theft Auto: Vice City.”

Aside from the stint on “Another World,” Liotta did numerous guest spots on television, including an Emmy-winning performance on “ER” and the Screen Guild-nominated role portraying Frank Sinatra in “The Rat Pack.” He also starred in the television drama “Shades of Blue” as Lieutenant Matt Wozniak, opposite Jennifer Lopez, from 2016-2018.

See: The Highest-Paid Movie Roles of All Time
Find: How Rich Was Bob Saget Upon His Death at Age 65?

Over the past few years, Liotta has had a career resurgence, taking on a number of high profile roles in films such as “The Sopranos” prequel “The Many Saints of Newark, the celebrated “Marriage Story” and Steven Soderbergh’s “No Sudden Move,” per Deadline.

Liotta was married to producer Michelle Grace, the former wife of Major League Baseball player Mark Grace, from 1997-2004. They had one daughter together named Karsen. According to Deadline, he was engaged to Jacy Nittolo when he died.