One of the most acclaimed, controversial, successful and highest-paid athletes of all time, Floyd Mayweather, Jr. isn’t ready to hang up his golden gloves just yet. On Aug. 26, the unbeaten boxer will come out of retirement to take on Irish MMA fighter-turned boxer Conor McGregor.

As he prepares for what could be the biggest fight of his life, find out what this notorious showman — who is known for his monster paydays in the ring — is worth.

Floyd Mayweather has a net worth of $400 million, according to Celebrity Net Worth. In 2016, Forbes ranked Mayweather as the 16th highest-paid athlete, with total earnings estimated at $44 million. But 2016 paled in comparison to 2015. That year, the champion boxer made $300 million — $285 million from salary and winnings and $15 million from endorsements.

To date, Mayweather’s May 2, 2015, fight against Manny Pacquiao broke every major financial record in boxing. The $600 million bout drew 4.4 million pay-per-view buys, $73 million at the gate and $13 million in sponsorships. The fight was the fifth in an unprecedented 30-month, six-fight deal Mayweather signed with Showtime in 2013.

But Mayweather is no stranger to making big money on his fights. A 2014 fight with Marcos Maidana earned him $32 million, plus earnings from the back-end.

After retiring in 2015 following his defeat of Manny Pacquiao, Mayweather is putting his perfect 49-0 record on the line when he takes on McGregor at the T-Mobile Arena in Las Vegas on Aug. 26. It’s unclear what the 40-year-old will make from the upcoming fight, but many speculate it will not be the $240 million payout he received for the Pacquiao fight.

TMZ reports that McGregor, 28, expects to be paid $100 million for the bout, while Mayweather has said he wants double that amount.

The fight will air on Showtime pay-per-view, costing fans $89.85, plus $10 more for high definition.

Floyd Mayweather is widely considered to be among the best pound-for-pound fighters of all time. He holds the distinction of being the only boxer to have won numerous championship belts across different weight classes.

With a record of 49-0, Floyd Mayweather has never lost a professional fight. Twenty-six of his 49 wins have been by knockout. After 387 rounds of boxing, Mayweather is widely considered to be the best fighter of his generation and among the greatest fighters of all time — and he is certainly among the most accomplished.

My new 4.8 Million dollar car. $4,800,000.00 Koenigsegg CCXR Trevita supercar KOENIGSEGG Is An ULTRA Boutique Automobile Manufacturer For The Super Rich. KOENIGSEGG made only 2 TREVITA’S for the World, and this is No.2 of 2. In addition it is the only USA Spec TREVITA Built in the World. The Origin of the car is Sweden. The word TREVITA means “3 Whites”. It is beyond a Super Car, and is classified as a ” Hyper Car”.

But with lavish pending comes consequences. In July 2017, news broke that Mayweather owed more than $30 million in unpaid taxes to the IRS. Records show that he own $7.2 million from 2010 and another $22.2 million from 2015. According to ESPN, Mayweather claims that despite his massive wealth, he doesn’t have the cash on hand to pay his 2015 debts and has asked to repay the federal government in installments. The IRS denied that request, and as a result, the agency could levy the boxer.

Lifestyles of the Super Wealthy: 50 Splurges of the Filthy Rich

Mayweather is in the running for the title of greatest boxer of all time, if not the most extravagant and controversial. His entire public persona is based on his purchasing power.

Next Up: The Slippery Slope That Led These Celebrities From Riches to Rags 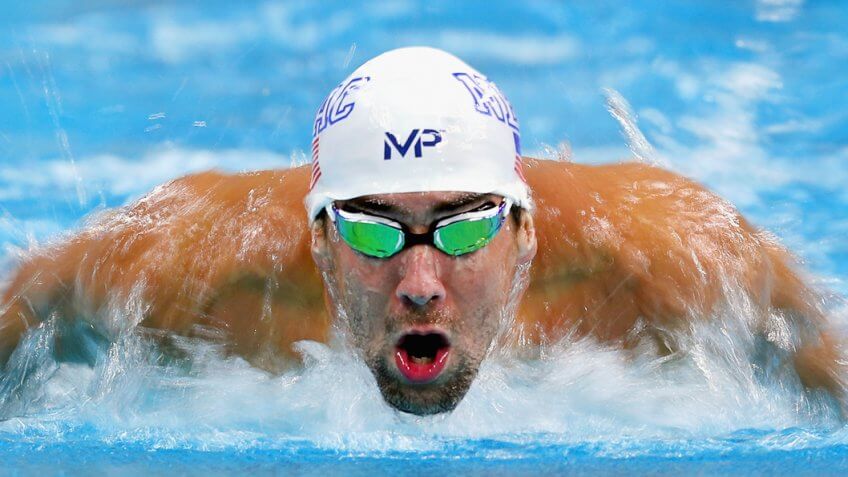 Though he’s a famous Olympic athlete, Michael Phelps is racing for more than a medal this time.